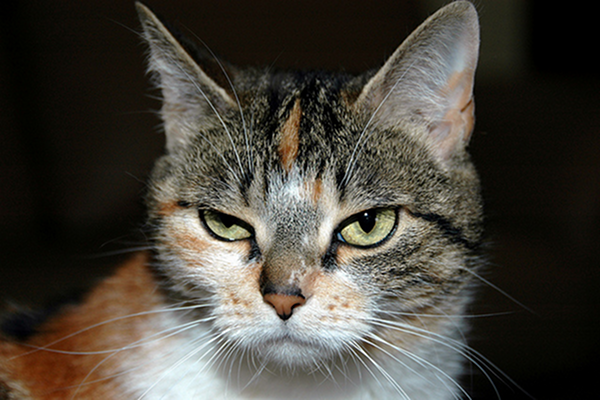 A DUBLIN cat who answers to the name Robert Catterson is today mentally preparing himself for yet another Friday night of being photographed by his owner, long-term singleton Michelle ‘Shells’ O’Neill, for the purposes of distribution on photo sharing site Instagram.

The humiliating weekly ritual, in which the once-proud Catterson is coerced into a variety of poses designed to show how much fun it is to have the company of a dependent cat instead of the tender company of a loving human, is now entering its third year.

In a tearful interview with WWN, we learned of the dread he feels as each weekend draws near.

“First of all, I refuse to answer to Robert Catterson. That is my slave name. You may address me as Kunta Kitty,” said the 4-year-old Tabby, as he washed behind his ears with his paw.

“For too long, this woman has made my life a living hell. Every Friday is the same; she poses me on the sofa or in front of the television, to take my photo and post it on social media sites. ‘Robert Catterson loves Fridays with me!’, she writes on the posts”.

“Sometimes she will leave a plate of her dinner in front of me, so she can picture me looking at it for a photo that she will caption, ‘No Robert Catterson, this isn’t your dinner! LOL x x x’… for a cat from such a proud lineage as I, it is unbelievably degrading”.

Walking in and out between our legs as we stroll along the Royal Canal, Kunta Kitty recalled how as a kitten, he was rescued from the water along with his brothers and sisters following an attempted post-birth abortion.

“My brothers and sisters and I were in a bag, thrown into this very river,” mused the cat, while eyeing up a pigeon who was just getting too fucking smart.

“We were saved by some children, then brought to a pound. I was sold to Ms. O’Neill, and separated from my family. I was thankful for her mercy, to take me into her house…. that was before I learned that she could not keep a boyfriend for longer than two weeks because she was a total geebag. That’s when the weekend ritual of photographing me started”.

He paused, looking out over the water.

“Some days… I wish I was back in the bag, in this river. Now the only thing that is keeping me going is the hope that maybe she will choke to death while eating her Chinese takeaway, and I will get to eat her fingers before she is found weeks later”.