WWN has been appalled by our media rivals complete lack of coverage of the Leaving Cert results today. If only you had close to 4,000 articles, lists and orders to help you figure it all out. Fear not, WWN is here to help.

Hello reader. I bet you are exhausted from parading your results around the place, and wondering where the feck to go from here.

Today we have a very special something for all you Leaving Cert boys and girls out there. Over the past few months we’ve spent hundreds of intern man-hours compiling and researching all the best emigration destinations that you just HAVE to emigrate to.

And the results are in…..

Can I get a 43 with fried rice I hear you say? No silly Billy, Asia is not all about the takeaways you know. In fact, there’s not that many takeaways in Asia to be honest. And, it’s not like Asian lads order in an “English” either. Now that would be hilarious LOLz. English…hahaha…..can I have a number 4 with mashed potatoes! WOAHHH! Let’s not go there.

Anyway, if the English language is your thing, then you’re in luck. Moving to South East Asia is a big thing with young Irish men and women looking for that cheap place to live while teaching foreign people English. It’s a piece of urine too. That’s right, by completing a twenty two hour TEFL course, you too can join the ranks of John Casey from Thurles, who moved to Thailand to teach English in 2003, and now even owns his very own motorbike:

“Der’s some birds over here lad. Ya should come over for the craic.”

Like John, you too can reap all the rewards this part of the world has to offer, and just for the fraction of the cost of other destinations too. South East Asia is perfect for those of you with culchie parents too mean to fork out that extra few quid for your future. It’s like all the cheap places have south before them or something, am I right? Anyways, much like that other poor place, South America is desperate for young English speakers to come teach their children some sexy words and sentences.

Made up of mainly a Spanish/Portuguese speaking population, this part of the world is very open to travelers from abroad, but don’t get banged up here, these people don’t mess around. You mess up here and you’ll be found in a bin.

At times, South America can be a brutal and hostile place if you don’t know the territory, and can sometimes swallow sixth year classes whole in a matter of Tequila’s.

Our advice would be to stay away from the sneachta and just do your time teaching English. Maybe you can even return home sometime. In fact, you’re almost guaranteed a lecturer place in any Irish University if you’ve a history teaching in South America.

The interviewers will be like:  “It says here you taught English for four years in Chile?”

“Awesome. Eileen, clear the rest of my afternoon – we’ve got our man. Whiskey?”

Third on our list of places that you just have to emigrate to be an all time favourite with young Irish men. The UK boasts some of the world’s highest paid jobs. However, this will not apply to you as you’re Irish.

You know when you go into a fast food outlet in Ireland and realise that everyone is foreign? Yeah, well that’s basically what you will be doing over there. You’ll play the foreigner, while the Brits laugh at your pathetic 350 CAO points. Your grades will mean nothing to employers or universities over there. You might as well wrap your fish and chips in today’s results. It will be like you never went to school.

On the plus side; England is only a grenades throw away from Ireland, giving you regular opportunities to sail home for a lend of money off mammy and daddy. The weather, food and people are much the same as here, so all-in-all, it’s a fairly decent joint to live and work in.

Canada is perfect for that Leaving Cert student who manages to score 450 points without even studying, but doesn’t like the idea of college.

You know the ones: they’re good at everything they do, and by coincidence, don’t drink.

“I just don’t see what all the fuss is about to be honest”.

Canada is the home of perfection and is one of the rare places in the world that still welcomes Irish people with open arms – partly due to the fact they don’t really know us that well.

The Irish in Canada have been doing pretty well at hiding their flaws over the last few years, so with that, only the best of you can go there for now.

If this sounds like you then make that leap.

If after reading all the above, you are totally confused as to where you will HAVE to emigrate to, then look no further afield.

It doesn’t matter who you are, what you do, or what part of society you come from, there is plenty of space in Australia for you.

That’s right, they don’t care if you got 600 or 60 points in your Leaving. It doesn’t matter a fuck lad. Just get your shit together and go. Why are you even still reading this? Seriously, Australia man. Everyone is out there. All you have to do is board the plane and by the time you land you’ll have already been offered twelve different jobs.

This destination is a post-leaving cert haven, offering sun, sand, jobs and real good time. You would be crazy not to go there.

THIS ARTICLE WAS SPONSORED BY INTREO, FUNDED BY THE SOCIAL WELFARE DEPT. IRELAND. 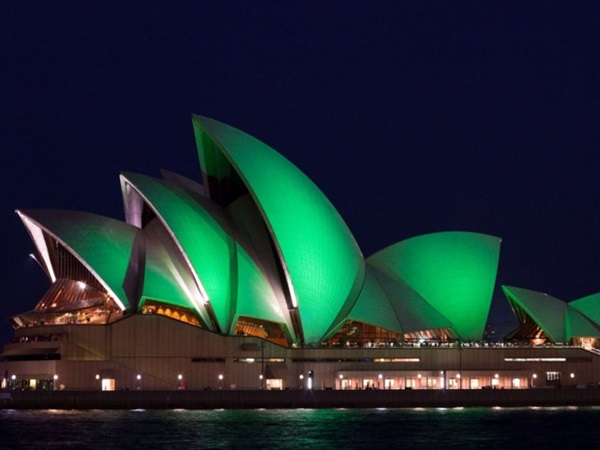