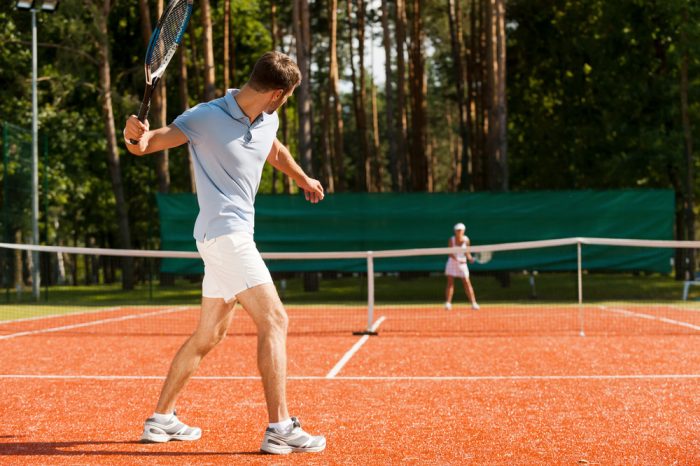 SEASONAL TENNIS pricks around the country are expected to hog local Irish tennis courts ‘just while Wimbledon is on’, a spokesperson for the sport stated today.

Thousands of otherwise lazy men and women will flock to their local sports centre to try their hand in the game, which they only play once a year.

“It’s the same every year.” said chairman of the Tennis Society of Ireland, Patrick Dunne. “You can tell them a mile away from their gone-off white runners and their dusty rackets which haven’t been used since last year.”

Wimbledon 2014 will serve off today, with the final landing on the 6th of July.

“The novelty usually wears off just before the final – when they realise how shit they are.” explained Dunne.

There are an estimated 267 public tennis courts around the Republic of Ireland, most of which are only ever used during the two weeks of Wimbledon.

“I’ll probably stick at it this year.” said overweight middle aged father of two, Derek Keane. “I know I said it last year, but I did hurt my knee back then and I had to rest it for 11 months, or so the internet advised me.”

Last year in Ireland, Gardai made 47 public order arrests in tennis courts. Many of the arrests were over domestic disagreements with the rules of the game.

“We urge people this year to fully understand the rules of the game before playing,” said Chief Supt Gary Farrell. “If you feel there are going to be arguments, please get a friend or two to umpire your game.”

An estimated 4,000,000 people in Ireland think they can play tennis.