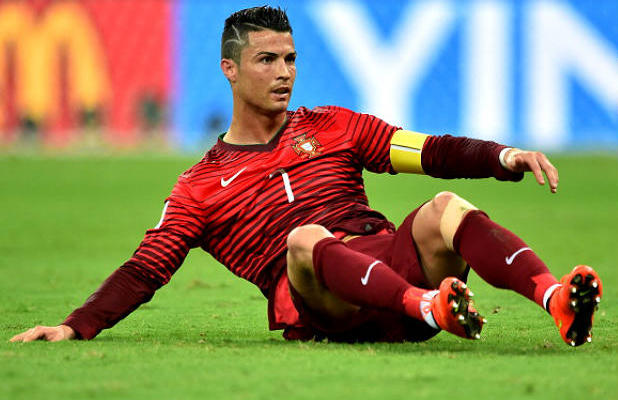 WWN has the latest from the World Cup in Brazil.

Last night saw the USA snatch defeat from the jaws of victory last night as they surrendered their 2-1 lead in the final minute of injury time. A cruel blow to Jurgen Klinsmann’s side, but they are just one point shy of being guaranteed a place in the next round. It is believed to be highly doubtful that Klinmann’s former assistant manager, friend and fellow German Joachim Loew may be persuaded to play out a draw in the final group match against the USA thus ensuring both teams advance.

Ronaldo held a hastily assembled press conference in the minutes after the USA game to announce he has fired manager Bento from his position of Ronaldo national team coach.

12 Irish children have suffered injuries trying to give themselves the same hairstyle that Ronaldo unveiled, to much acclaim, at last night’s match.

FIFA are looking into claims that Portugal forward Eder is not in fact a footballer. Eder’s shocking performance last night prompted rumours that the player had won some sort of competition, allowing him to play in the game.

Algeria twonked South Korean 4-2 to give the Africans every chance of progressing to the next round. This match was thoroughly enjoyed by racist grandmothers up and down the country who made use of a variety of redundant stereotypes to describe each team’s efforts.

WWN cannot confirm reports that FIFA president Sepp Blatter will give Iran an automatic place in the next round if they let him borrow their nuclear warheads for a week or two.

The English inquisition continues following their abrupt exit from the World Cup. Some journalists today suggested England’s exit was perhaps down to the fact they were not good enough. Other reasons offered were terrorism, immigrants, the premier league and Joe Hart’s Head and Shoulders ads. Shockingly it has been revealed teams sometimes fail to achieve success in major tournaments because other teams are better than them. However, the search continues to discover why exactly England did not progress.

Today’s matches see Spain finally put themselves out of their misery by trying not to lose against Australia. There will be tense scenes at the Brazil/Cameroon match as angry protesters are expected to shift their focus away from societal problems directly to the national team if the lump formerly known as Fred plays up front.

Cameroon have confirmed they will try to fight with the opposition this time and not among themselves.