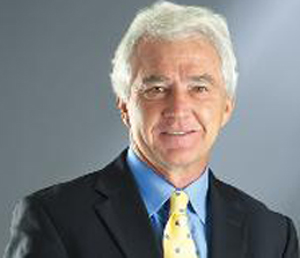 It has been a long time since I was asked to write something for a publication. I have been terribly busy of late with other things that we will not go into right now. The main thing is i’m back and fighting fit.

I picked up the Indo this morning to fill myself in on the day’s gossip, when I came to an article with the headline ‘411 people jailed last year for not paying their TV licence’. Well, I nearly dropped my skinny grande caffe mocha out of my hand with the shock. Four hundred and eleven people jailed for not paying their licence fee!! What is the country coming to at all? And they only got an hour to two days in jail!! Now, I’m no judge or solicitor or anything, but would it not be an idea to maybe jail them for a bit longer than just two days? Doesn’t that seem a little bit lenient of a sentence, considering the crime involved?

The article went on to say that this year’s figures were a 34pc increase on 2012 when 272 people were jailed! Well, no bloody wonder there’s an increase if you’re only bringing them down to prison for the bit of dinner an a bun and sending them home again. Why not stop off to a nice Thai massage parlor on the way and slip the nice brown girl a tenner for the auld reach around. Sure, no wonder the country is in the mess it is at that rate.

Now I know what your saying: ‘cry me a river, build a bridge and get over it Seany’. But no. No, I won’t. It’s this kind of thing that really makes my blood boil. All the rest of us have to pay for such talent like Dave Fanning and that weird comedian lad trying his best to be a gay Jimmy Carr. It’s only €160 a year for Christs sake. Thats less than €14 quid a month. Those 411 people should be ashamed of themselves if you ask me. They should have gotten 12 months each. We’ll see what the figures say again next year.

If I was in charge, people would have to apply for a TV licence like they do a drivers licence. If you fail the test, ie. not pay the fee’s involved, you can’t buy or own a TV. Simple solution. I would have both a provisional and full TV licence system in place. The latter would be for those with cable, leaving the rest on the provisional with their RTE’s and TV’s. Full licence holders would pay less because they are already paying for cable, like me. The provisionals would pay €200 for theirs.

Also, inspectors should have the right to go into a home and take the TV if people don’t pay their licence fee. There. I’ve said it. This country is an absolute joke if you ask me. Then you have these other shower giving out about water charges down in Cork. Don’t. Get. Me. Started!

Anyway, I’d like to thank WWN for giving me a voice here today. Hopefully I’ll talk to you all soon again. Please leave your kind comments below.