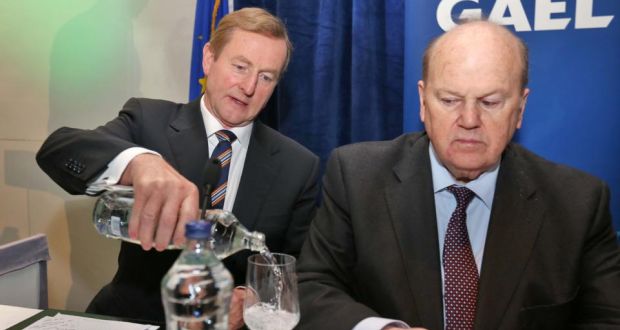 THE MINISTER for Finance Michael Noonan said today that he keeps finding himself pricing units of water in his head all the time.

The Limerick born TD told WWN that everywhere he goes there is some form of water there, beckoning him to price its unit measure.

“Just the other day I was in the Dail and started counting all the glasses of water on TD’s tables. For no reason at all!” he said. “There were 97 glasses of water, each containing three hundred millilitres. That’s just over 29 litres of water.”

“The waitress asked me if we wanted water, and I immediately asked if it was measured. It came out of no where.” he recalled. “When she poured it out I couldn’t stop staring at the glass, wondering if there will be waste, but there wasn’t. She was very good at pouring now in fairness. We could do with more people like her.”

Sources believe the Finance Ministers water calculation problem may have spurned from ongoing pressure handed down from Irish Water about their future rates.

“Michael is in a bit of a dizzy the past couple of weeks.” said one backbencher earlier. “He insisted on removing all the water fountains from the department and has asked staff not to have bottles of water out on their office tables. It’s a genuine problem.”

Last week the minister was spotted by opposition leader Michael Martin writing down prices of water from a the Dáil bar price list. Mr. Noonan later denied the claim, stating he was just practicing his handwriting.