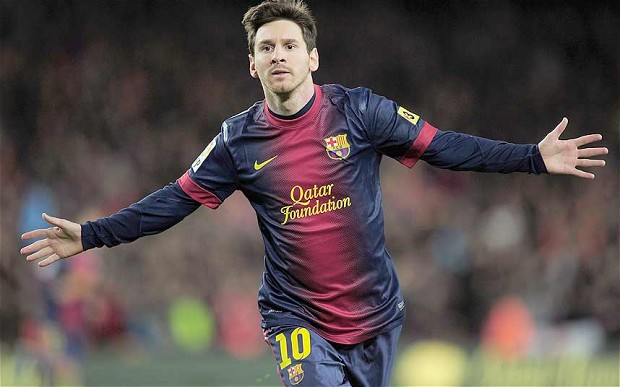 News of a transfer ban being imposed of the Catalan giants broke just moments ago.

Barcelona have acted quickly following FIFA’s decision to place a transfer embargo on the La Liga champions after they breached the rules regarding ‘the international transfer of minors’.

Barcelona have been banned from buying players in the next two transfer windows meaning they face the prospect of not being be able to compete with bitter rivals Real Madrid on the pitch.

“While we do not accept this judgement we must explore other options,” offered interim president of Barcelona, Josep Maria Bartomeu before unveiling a state of the art laboratory from which he hoped leading scientists could clone star player Lionel Messi.

Bartomeu was pressed by attending journalists about the ethical and moral implications the cloning program would have but he was resolute in his defence.

“OK, so maybe we take Leo’s DNA as he sleeps, but there is no sense in waking him. He looked very, very, very adorable,” said a doting Bartomeu.

Bartomeu went on the admit that their cloning program was only in its infancy and had experienced some teething problems.

“Yes, it is true that a previous sample was contaminated with Mascherano so we disposed of the body as soon as we found out,” the club president admitted, “if something was to go wrong and Lionel II was horribly disfigured, or had three arms and only one leg he would still get at least 20 goals a season so it is worth the risk,” Bartomeu added.

Previous attempts to clone footballers have been famously unsuccessful, particularly in the case of Emile Heskey which resulted in the abomination that is Ade Akinbiyi as well as the less well known case of Maradonna and Peter Crouch.

Barcelona have been given 90 days to appeal the FIFA ruling, but are expected not to contest in the event of the successful cloning of Messi.