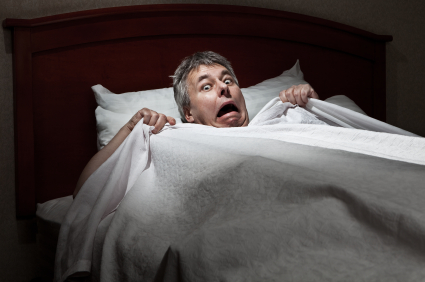 Large swathes of Liverpool fans are routinely checking they are in fact operating in the realm known as ‘reality’ following the club’s ascension to the top of the Premier League table with just 6 games left to play.

Liverpool, a club rich in history and success, finds itself in first position in the league with a chance of lifting the Premier League trophy a full 24 years since they last won a league title.

Fans, new and old, have been struggling to cope with what footballing experts are calling ‘a genuine chance’ with many seeking reassurance they are not simply dreaming.

“I’ve punched myself in the face 4 times today,” revealed life long fan Joey Murtagh, “broke my nose with the last punch just to be sure but it’s worth it to know it’s not a dream.”

Other fans have found even more creative and obsessive ways to ensure that they are living in the real world.

“I’ll be honest about 2 weeks ago I thought it was a glitch in the matrix or something like that,” confessed Liam Moran, “so I went back and watched every minute of every match this season, looking for tell tale signs that it was a dream…I had to quit my job,” said the former investment banker.

“The missus was reluctant at first, but I had her drip hot wax on my balls,” said 20-year-old Liverpool fan Cormac Lally, “I realise now there was probably an easier way to double check I wasn’t dreaming but sure you live and learn. It just so happens I’ll have to do those things in the burns unit of St. Vincent’s Hospital,” shared the clearly in pain student.

The Liverpool squad have been rumoured to be similarly worried they will wake up to find Roy Hodgson at the training ground running through some exhilarating ways to aimlessly launch a ball from defence up to the opposition’s box.

“It’s kind of a ritual now,” admitted Jordan Henderson, “Luis just comes round before every game and gives us a quick bite, it’s harmless, but, after that we know we’re not in some sort of dreamland,” concluded the midfielder.

Meanwhile tattoo parlours throughout the UK and Ireland have been booked up in advance of the final day of the season.

“I think fans know if they win, they will get drunk and probably want to get an impromptu tattoo,” shared parlour owner Niall Hopkins, “we’ve already got request for ‘Rodgers is God’, Suarez turning into a werewolf and Steven Gerrard doing unspeakable things to various Manchester United players and staff.”