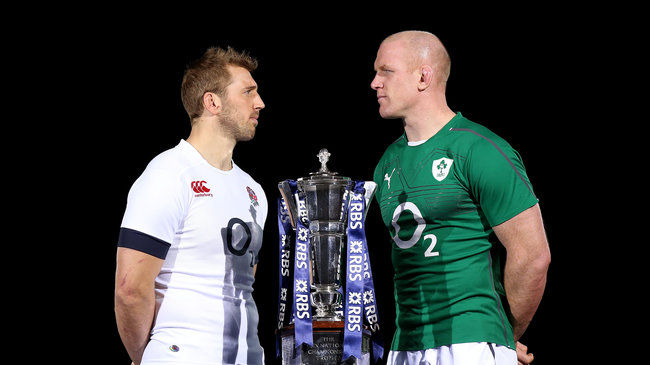 People up and down the country are willfully utilising the usually dormant part of their brain, which feels unrestrained hate for all things English just in time for Ireland’s crucial 6 nations clash this Saturday.

Ireland are set to face off against England in Twickenham at 4pm this Saturday and will be cheered on by a nation which has spent much of week preceding the tie making snide remarks and looking down on everything England.

“My best mate is English, love him to bits,” remarked avid Irish rugby fan Lorcan Hughes, “but for some reason any time I’ve talked to him this week I’ve just been thinking ‘what a colossal prick’ and I realise now it’s because of the match.”

Lorcan went on to state he had also deleted the latest series of Downton Abbey off his UPC box in a fit of anti-English rage.

Tempers flared when an article written in the Sunday Times claimed that Brian O’Driscoll, regarded by many as one of the greatest players to ever play the game, was nowhere near the quality of some English guy who has played 2 games of international rugby.

Fans, understandably, reacted angrily to the article. “Dickheads,” began an open letter directed at the Sunday Times, which was written by the Irish Rugby Supporters Club. “Let us repeat: dickheads,” concluded the letter.

Some Irish people have taken their renewed hate for the English even further. “I’ve stopped following Stephen Fry on Twitter, he’s probably put two and two together but I can’t help it. This game is so big, I’m finding anything with a whiff of Englishness incredibly irritating,” shared die hard rugby fan from Kildare Laura Ward.

While political, cultural and social links with the English are arguably at their strongest since the foundation of the state a poll conducted by WWN this week revealed 7 in 10 Irish people want Joe Schmidt’s men to ‘make orphans of the oppositions’ children’ even though it wasn’t an answer option.

Finally, Irish prop Cian Healy seemed to embrace the current mood amongst the Irish public when he took to his twitter account to write ‘@englishrugby Healy smash!’