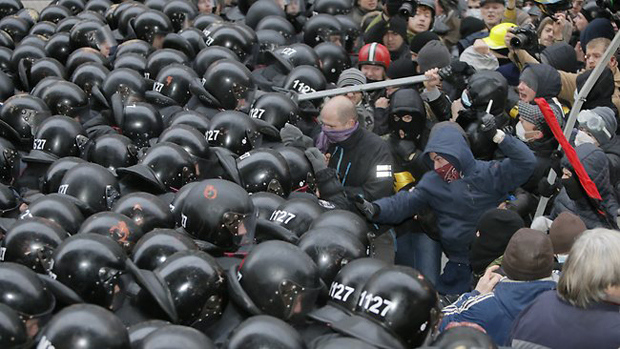 The recent demonstrations in Ukraine have taken a strange turn today with leaders of the protests demanding that charges against pop star Justin Bieber be dropped.

The Euromaiden protests have, up until this point, been carried out as a response to the current President’s reluctance to integrate the country further with Europe and the perceived corruption present in the government.

Protesters have apparently now turned their focus away from political reform and instead towards clearing the name of pop stars and misunderstood musical genius Justin Bieber.

Demands for the singer’s record to be expunged were sent to the current Ukrainian president Viktor Yanukovych and various media outlets, but the motivations behind such a strange request are still unclear.

Interest has intensified in the protests due to this latest action as social media outlets lit up in conversation about the recently arrested singer with as many as 99% of media outlets devoting far too much time to the Canadian’s plight.

Some political experts have speculated that the protesters are trying to attach themselves to inane celebrity news upon discovering the general public have little appetite for the daily struggle of the downtrodden and disenfranchised.