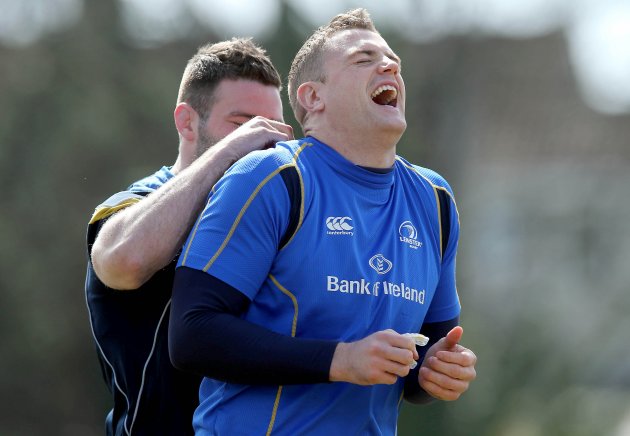 Following today’s announcement that Sean O’Brien  is set to stay within the Leinster set up Irish fans have urged Jamie Heaslip to reject the repellent possibility of plying his trade in the sunny climbs of southern France.

Heaslip, capped 60 times by Ireland, is reportedly weighing up a move to French rugby giants Toulon. Avid followers of Irish rugby have noted despite France having better weather, superior food, beautiful women and a history rich in culture there is no need for the No. 8 to consider a move abroad.

Ted Healy, head of the Leinster Supporters Group, has been very vocal on the rumours that many of Ireland’s most talented rugby players have been contemplating a move abroad.

“If you discount the 1,435 advantages to moving to France to play your rugby, what reason would you have to move?” offered an impassioned Healy.

With higher salaries paid out to many professionals playing in France a growing number of current Irish internationals have been tempted to make the move but fans remain resolute in their opposition.

“And how would you get there, to France like? There’s hardly any flights and sure isn’t flying dangerous. You wouldn’t get the boat either, that takes about 8 months to get there,” shared desperate and worried Leinster fan Ger Murphy.

The IRFU are similarly worried about players moving abroad, so much so that WWN has learned of a number of measures taken to keep their stars in Ireland.

“We’ve been showing them experimental French films – nudey ones, making garlic bread part of their diets and occasionally talking to them in preposterous French accents just to convince them there’s no need to leave really,” an IRFU insider told WWN.