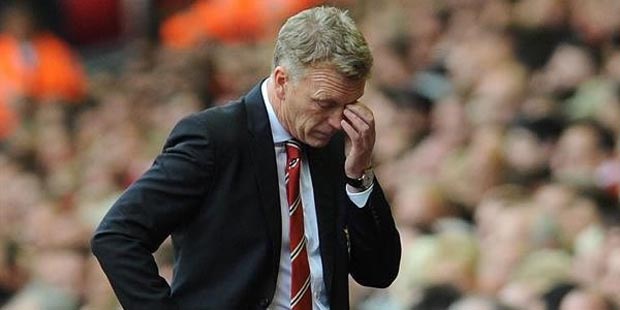 Manchester United manager David Moyes is facing the serious possibility of being taken around the back of the old shed and shot if he fails to secure his club’s first win of 2014 against Swansea this Saturday.

While many football pundits have pointed out that the current Premier League champions are enduring poor form many football fans believe it is much worse than that.

“This. Is. Madness. United are bigger than this!!! I’m not having this! Something has to be done!” wrote Badger23 on popular football forum Football365.
“Fuck middle east stability, David Cameron needs to address this!” added Donglover95.

Just when Moyes thought his job couldn’t get any tougher, a recent study has revealed that the former Everton manager is now officially the most dour Scotsman to ever exist, replacing previous holder of the crown – Gordon Brown’s jowls.

United face Swansea for a second time in quick succession following their loss at home in the FA Cup. While details on club protocol are scarce WWN understands the responsibility for loading the shotgun and putting Moyes out of his misery would fall to Alex Ferguson should United lose yet again.

Pressure is mounting on Moyes with each passing hour as United fans on twitter move on from popular hashtag #moyesout to the even more popular #killmoyespleasejustkillhim.