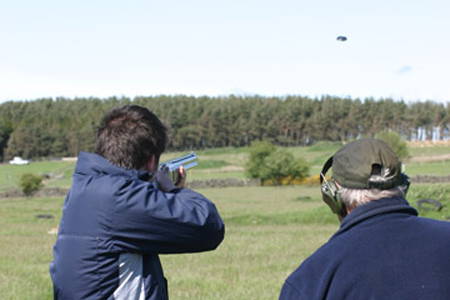 Thousands of excited Americans are expected to line up outside delivery centres once the drone trials start.

“This will be like clay-pigeon shooting,” said one Texan. “Only for every hit we get a prize.”

The drones, called Octocopters, could deliver packages weighing up to 2.3kg to customers within 30 minutes of them placing the order, even though drones currently have a battery life of just half that time.

Customers have also voiced their concerns over the dependability of the drones.

“What if they form an alliance with other drones and attack us humans?” asked one terrified man wearing a tinfoil hat earlier. “Surely this kind of thing could lead to a Terminator type scenario.”

The world’s largest online retailer said it is only testing the unmanned drones at the moment, and claimed the timing of the news was no way related to it being Cyber Monday today.

“Is it Cyber Monday today!?? What a coincidence,” said Amazon CEO Jeff Bezos. “We had no idea today was the biggest online marketing day of the whole year. I suppose these coincidences happen a lot. Especially in our line of work.”

Amazon is expected to start delivering its products using drones, in a parallel universe, within the next five years.