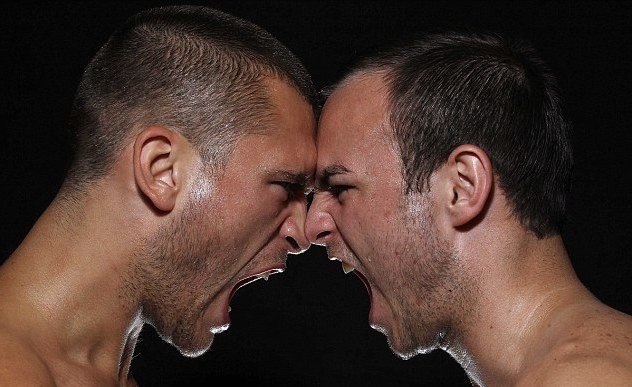 As Stephen Quinlan enjoyed a few sociable drinks yesterday evening he was introduced to his future arch nemesis Steven Doyle.

Tom Flanagan, Stephen’s best friend since childhood brought along his work colleague Steven feeling the two of them were destined to really hit it off. Tom mentioned to his two friends how they had plenty in common; they were both sport mad and had virtually identical tastes in music and films.

“Presume you’re a ‘pH’ like myself,” Stephen remarked with gentle, innocent laughter. “Ha, ya joking me? I’m a ‘v’ man ya mad bastard, only way to be. Gotta take a leak – back in two,” Steven countered as he made off in the direction of the toilets.

Tom, meanwhile was oblivious to the mounting tensions in their quiet corner of the pub and sat contented with a fresh pint of Guinness.

“Steve’s a riot, you’ll love him,” Tom said in an attempt to speed along what he thought could be the beginning of a great friendship. “So when did you start making friends with complete and utter pricks Tom?” Stephen shot back angrily.

Tom was left flabbergasted by Stephen’s aggression, completely unaware of the longstanding hatred between those who are ‘pH’ Stephens and those that choose the ‘v’ instead. The Stephen versus Steven hatred is much like the rivalries between Jons and Johns as well as Karl and Carls, only exponentially more violent.

Stephen on Steven crime has increased by 21% in the last 5 years in Ireland with figures in other countries equally as worrying. Though Gardaí are reluctant to engage in the debate as to why these types of people simply can’t get along they have admitted to WWN that they are in the process of issuing guidelines to the public on how to best avoid becoming friends with both a Stephen and a Steven.

Tom was sadly forced to call an end to the evening’s drinking when he received a call from Steven who had lied about going to the toilet as he had in fact left the premises.

“Sorry man, but can’t spend another second in that ‘pH’ prick’s company. Stupid head on him, arrogant as the day is long” Steven told Tom on the phone as he made his way home vowing to never trust Tom again.`