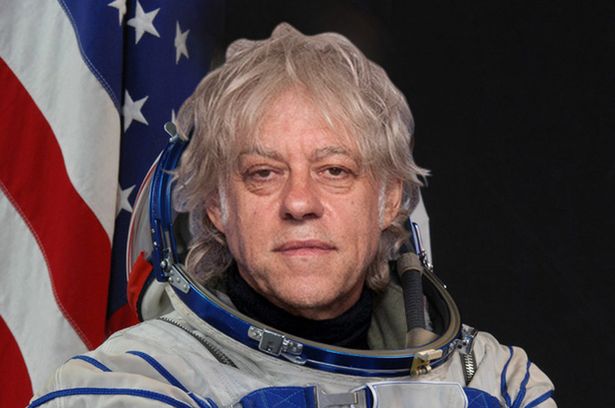 RENEWED CALLS have been made by the general Irish public for Bob Geldof to bring singer songwriter Sinead O’Connor into space with him and leave her there.

Geldof, who will be boarding a Virgin galactic flight in 2015, was approached by a large group of people  outside his home in Dublin yesterday evening.

It is believed the mob pleaded with the Boomtown Rats front man to bring the attention seeking star with him, and throw her out mid-flight at some point past the earth’s atmosphere.

“One man had tears in his eyes and was literally on his knees begging me to take her.” Sir Geldof told WWN. “He said he was an ex-boyfriend of Sinead’s and that he would personally pay for her flight into space as long as I pushed her out.”

Yesterday, Sinead O’Connor made the independent newspapers yet again by getting the initials ‘B’ and ‘Q’ tattooed in red ink on her cheeks, forcing many people over the edge with her antics.

“Maybe she should try self-immolation next time she wants attention.” said one commenter.

“Who the hell is she screwing in the Irish Independent that she’s getting so much press lately?”

“Every time she seems to fart sideways, its reported in the paper.” he added. “No one cares anymore.”

Bob Geldof later told reporters that he couldn’t make any promises about ‘the whole Sinead space thing’, but did suggest putting her on a slow boat to China.