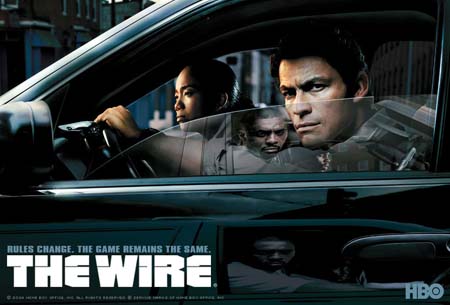 THE NATIONS television viewers have called for reruns of the television drama ‘The Wire’ following a massive surge in pompous Breaking Bad fans this week, it has emerged today.

Thousands of people flooded national broadcasters with requests to repeat the popular TV show, in a bid to quell the tide of bullshit surrounding the final season of BB.

“I’m just sick of it now.” said TV boffin, Michael Clancy. “I think RTE or TG4 really need to step in here and air the wire, just to balance out the scales a bit.”

Mr. Clancy pointed out that The Wire fans were nowhere near as pompous as `the current generation of television drama cultists’.

“The Wire fans are more secretive when it comes to pitching the show.” he added. “They keep to themselves and only bring up the program in conversation when asked.”

“The McNulty’s are definitely less throat cramming than the Walter Whites.”

Meanwhile, the internet is said to be currently saturated with Breaking Bad parodies and comical memes relating to the Vince Gilligan finale.

“Aw man, there is so much cool Breaking B stuff floating about the last month.” said long fan of the show Gerry Maher. “Its just a shame that all these newbies have jumped on the band wagon.”

“I’m just glad I can say that I watched it from there from the start dawg!”