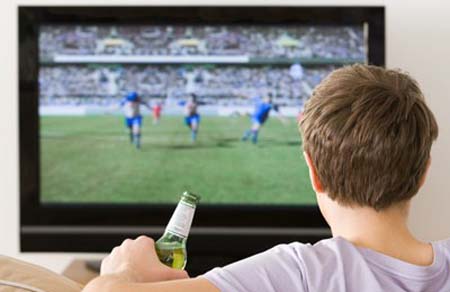 WOMEN the length and breath of the country will be outright ignored by the male population now that they can go back to watching millionaires chase a ball.

During the Summer months many women found themselves to be right at the centre of male attention but now face the reality that this focus will wane.

Jess Harkin, a Wicklow native, spoke to WWN about her experiences: “I met Paul on a night out, he was polite, attentive and seemed very interested in what I had to say. It was so refreshing. He even brought me for a picnic the next day. I…I didn’t even know men knew picnics were still a thing…and then there the weekend away to Rome.

It was magical, so special but now I haven’t seen him in 3 days because he says he has to ‘sort out his fantasy football team’. I’m heartbroken.”

Jess is one of thousands of women left devastated by the annual abdication of men from meaningful interaction with the women in their lives. Claire, a mother of five, spoke of her husband’s neglect.

“I’m basically a single mother once the season starts up. Over the Summer he went on a cooking course and was so caring with the kids but now he will just lay out on the couch.” she said.

Oh and you can forget about sex, if Liverpool win he prefers to recreate the goals on Fifa. We tried role play before but I didn’t understand what he meant by deep-lying playmaker and he got mad so I just leave him to it now.”