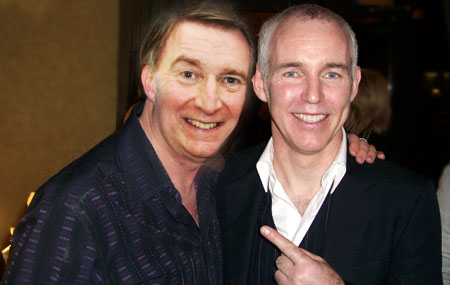 THE VATICAN have announced today that anyone with the family name ‘D’Arcy’ will be stricken from all Catholic church records until further notice.

Speaking from his safe-house in Rome today,  Pope Benedict BMW X5 said that the decision to ban the name from the register came after numerous attempts to silence both the Irish broadcaster, Ray Darcy, and out-spoken priest, Fr Brian D’Arcy, had failed.

The holy see endorced the decision earlier by claiming that the actions of the two Irish men were in breach of the 3rd commandment ‘thou shall not take the lords name in vain’, which was earlier received by Moses in 1498 BC.

Since then, the 47-year-old Satanist apologised on air to the worshippers,  but vowed he would never bow down to the throne of his Lord Saviour Jesus Christ.

The nail in the D’Arcy family name was finally sealed last night when Fr Brian D’Arcy was censured by the Vatican over four articles he wrote for the Sunday World newspaper in 2010.

According to a Vatican spokesman, the two-year -delay in censuring the priest was later blamed on the speed of light and the distance from God’s admin office to the earth.

However, not every D’Arcy family member in the country agreed with the views of the two rogue sinners.

In a statement earlier yesterday, assistant deli-assistant Terence Trent D’Arcy of Portlaw county Waterford said that he was in no way affiliated with either man, and that he will seek to change his name by deed-poll if he has to.

“I can only pray now that the holy father accepts my request for a name change as soon as possible ” he concluded.

The Vatican has warned of a three year waiting list for all name changes with the lord almighty due to a recent unexpected backlog of child abuse confessions.