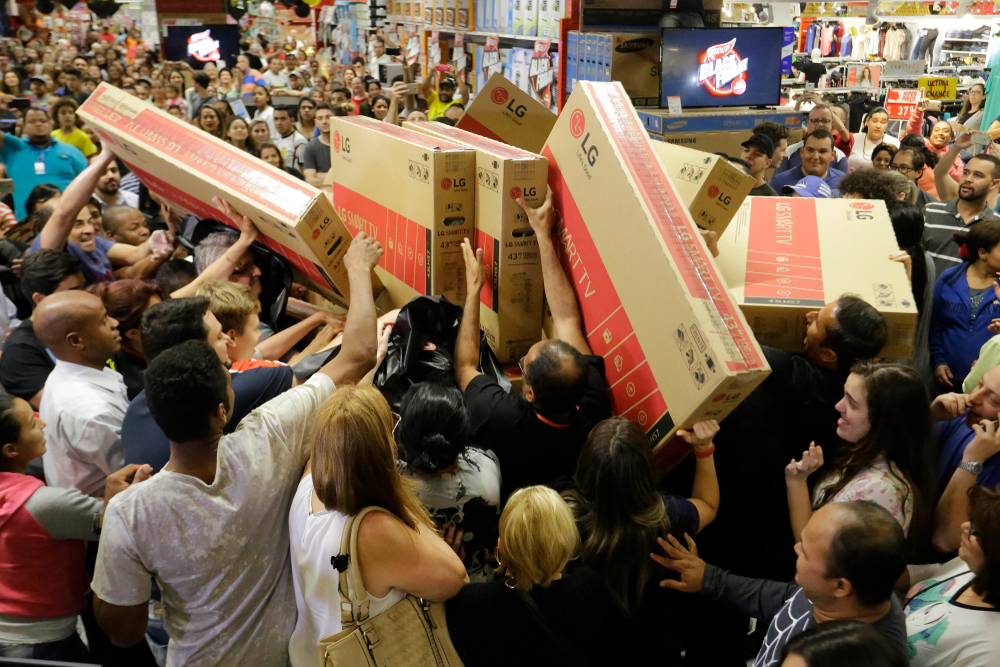 THE entire nation has come together to denounce ‘Black Friday’ for being a capitalistic cash-grab that uses sly marketing techniques to separate working people from their hard-earned money, but with that being said you can’t really argue with some of these prices out here.

“Black Friday is traditionally the day after Thanksgiving in America, but seeing as we don’t celebrate Thanksgiving in Ireland the whole concept of the sale is redundant,” one Waterford woman told us today, while queuing outside Currys PC World to get a 40″ Smart TV for only €350 that she doesn’t really need.

“Companies over here saw the boost in revenue that America was enjoying with their Black Friday sales and said okay, let’s generate that kind of mania over here with targeted ads on social media aimed at stirring up a frenzy for items that people otherwise wouldn’t be interested in,” added another man, before elbowing an elderly lady in the ribs so that he could beat her to the last Nespresso machine in the store.

“You see these ‘door buster’ special offer videos of Americans bursting into a store when it opens, clambering over each other to get the bargains, and you just feel a sense of pity for them really,” one shopper told us, while slipping on brass knuckles as the staff at Boots started to roll the shutters up.

Meanwhile retailers have pleaded with shoppers to save some of their money for the St. Stephen’s Day sales, when they’ll get another chance to buy whatever tat didn’t sell this weekend.