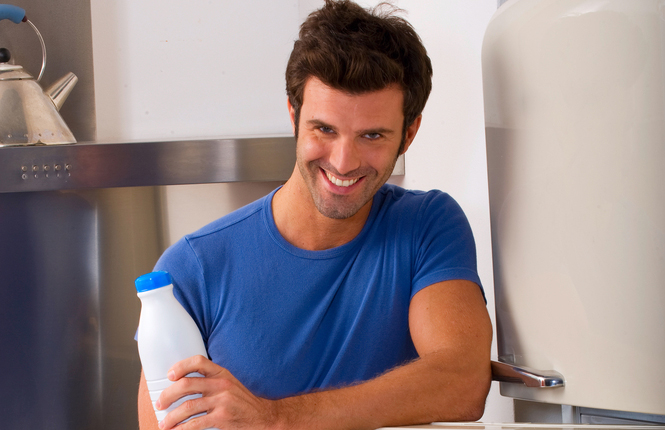 INTERVIEWING Carl Hughes isn’t easy, but after months of discussions with the Department of Justice and senior garda figures, WWN was allowed access to the unrepentant psychopath.

Hughes might not be the only psychopath walking among the Irish population, but he is the most notorious.

“D’you expect me to apologise or something?” Hughes sneered from behind some bulletproof plexiglass, housed in a straitjacket for his own safety and flanked by 12 security guards.

“Sure, I like to leave the empty milk carton in the fridge. And given any chance I’d do it in your fridge too,” sicko Hughes said now, clearly deeply disturbed.

Hughes was once a fully functioning member of the civil society and even shared a flat with three friends in Cork City. Like a lot of housemates, Hughes and his friends pooled money to purchase toiletries, and basics like bread and milk.

Hughes’ psychopathy emerged when the communal milk carton was approaching empty. Instead of using up the last dribbles of milk for a fractionally more milky tea, the madman placed the empty carton back in the fridge for his housemates to discover leaving them bereft and milkless.

“Boo-fucking-hoo, I get my kicks where I can and I am not apologising for it. Did I think ‘Carl man, just put the milk in the recycling bin after washing it out a bit?’ Of course, but fuck me, that’s a lot of effort,” Hughes said, clearly guilt free about all the crimes he has perpetrated.

The victims Hughes leaves behind still carry the scars to this day.

“It’s simple – you just put it in the bin and say ‘lads next one in the shops, can ye grab a pint of milk?’ but Carl just let us go on thinking that a milk carton had some milk in it,” explained housemate and key witness at Hughes’ trial, Michael Norton.

“I’d do it time and time again, I’d reach for the milk; preparing my hand, arm and shoulder socket for a substantial milky weight but I’d lift up an empty carton. It’s sick. He’s sick. How dare he, it’s the ultimate betrayal and dishonesty, I’d like to see the death penalty brought back just for him”.

If you know of anyone who knowingly leaves an empty milk in the fridge, contact the gardaí immediately.