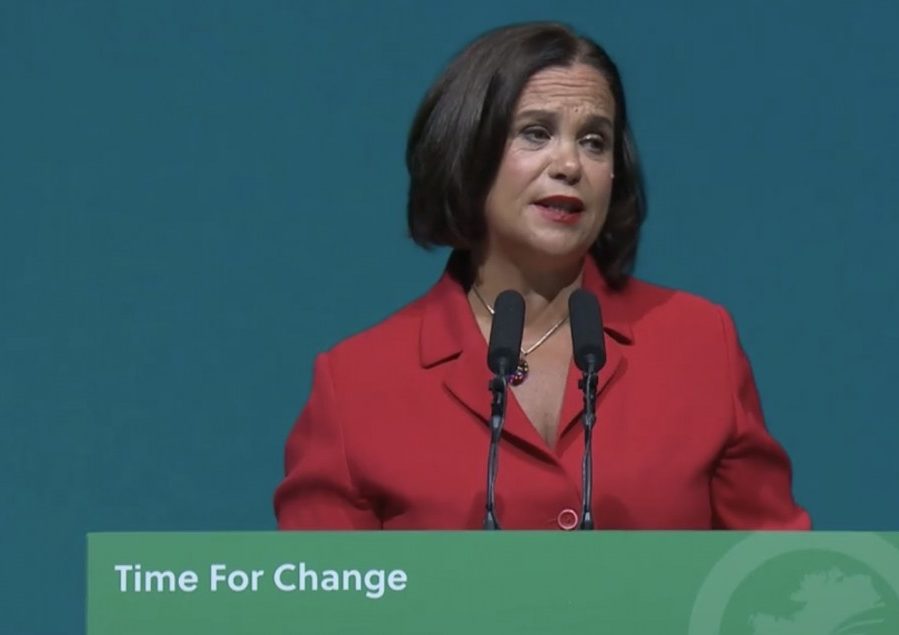 WWN WAS unable to attend to annual Sinn Féin Ard Fheis as we were having a whip round the local pub in a bid to pay Elon Musk for a blue tick, our colleagues in the media the Irish Independent were kind enough to furnish WWN with a copy of the happenings at the RDS which we have reproduced below:

A priority queuing system was in place with people in balaclavas receiving quicker entry to the Ard Fheis.

Not one fucker wearing a poppy.

First night disco included everyone taking to the floor for ‘rock the boat’ to commemorate the 43rd anniversary of Mountbatten’s death.

The weekend was rounded off with a bonfire containing pallets and effigies of Leo Varadkar.

Pearse Doherty was spotted doing a line of semtex in the jacks.

“I can’t see a thing” David Cullinane did his speech with no glasses on, indicating he’s ready to take over as health minister.

Jonathan Dowdall chimed in on Zoom from prison.

Motion passed by membership for a kangaroo court to be set up to deal with millionaires.

In the most terrifying incident Mary Lou McDonald suggested people should vote for Sinn Féin.

Up The Ra blasted on the tannoy throughout.

In the event of Sinn Féin entering government Leinster House would be moved to McDonald’s huge mansion.

The immediate end to hospital waiting lists and housing crisis.

Confirmation that a hassle free 32 county Republic will be fast tracked under a Sinn Féin government, backdated to 1920.

Disappointment at traitor Mary Lou McDonald whose anti-Sinn Féin bias was clear for all to see when she acknowledged Jonathan Dowdall was once a member of the party.