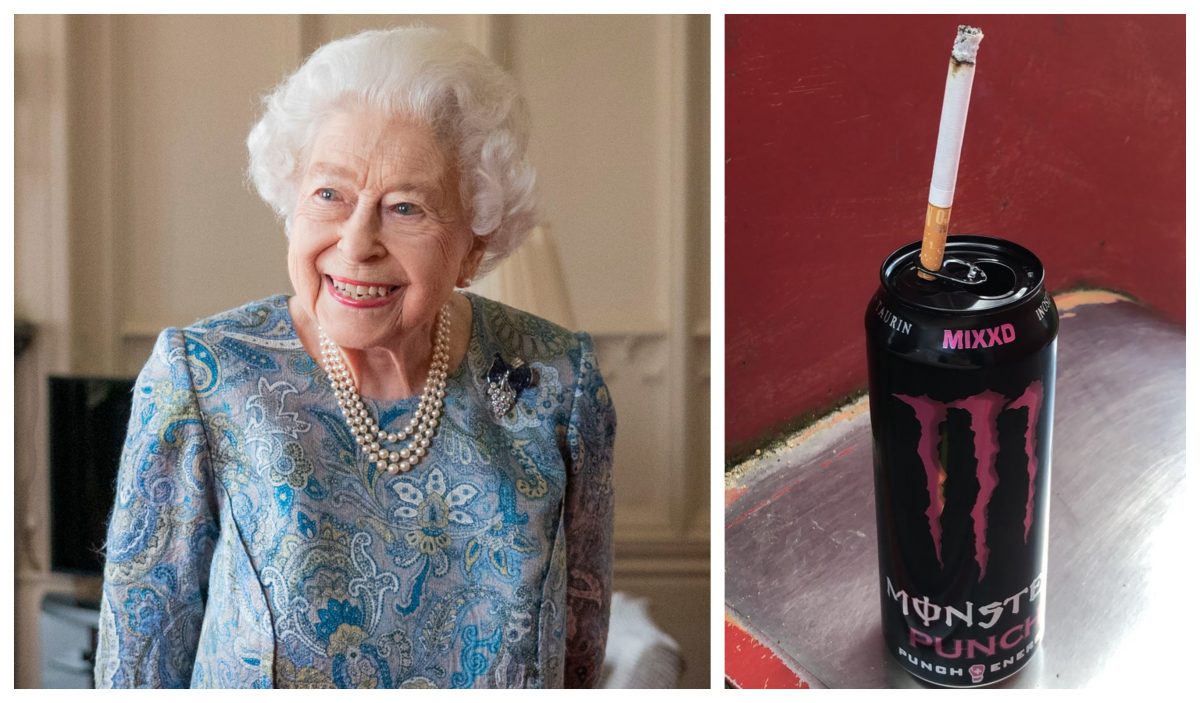 STAFF at Buckingham Palace have raised concerns about the Queen’s current routine of rolling out of bed at the last possible minute, downing a can of high-caffeine Monster energy drink and blazing up a rollie while running for the bus.

“She can’t keep going like this, i’’s not sustainable,” said one handmaiden to WWN, referring to the over-worked Queen.

“She should be getting up, eating the pheasant egg omelette we’ve prepared for her, then relaxing into the day. Not just fueling up on Ripper so that she’s wide-awake and jittery and legging it, it’s not good for her”.

Further concerns about Her Majesty were voiced by staff who reported that not only is the Queen’s breakfast routine unhealthy, she also usually ‘coasts through lunch’ without eating before the inevitable 4pm slump where she gobbles whatevers in the car, usually a pack of Starburst and a bag of Walkers.

“I know she’s a busy woman, but if she wants to see 105 then she needs to start looking after herself a bit more,” added a concerned page.

“Eat a decent breakfast, try. And I know it’s hard but try and eat a piece of fruit at some stage. I know her kids have her up to here all the time, but she can’t keep sitting up all night eating junk food and then just running on stimulants in the morning. And I don’t know what she’s vaping, but it’s probably not great either”.

The Queen was unavailable for comment as she’d popped into Greggs for an 11am Steak Bake because Mondays, right?