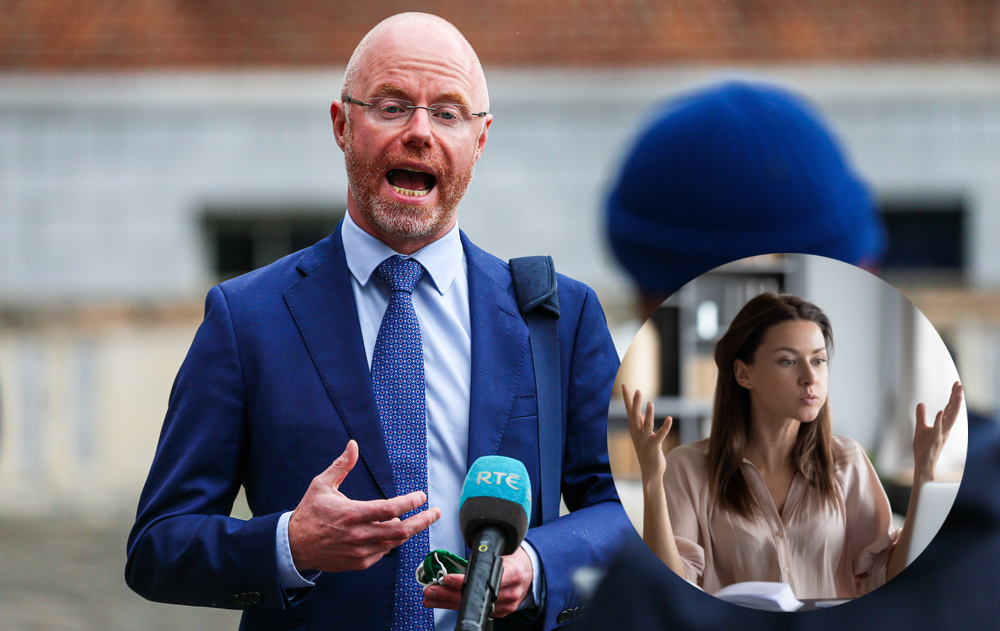 “SORRY to impose on the government while it’s in the middle of building a maternity hospital with taxpayer’s money on church land it hasn’t even bothering fucking purchasing but,” began local incensed woman Grainne Kerslan.

The Waterford native apologised for her idiot petite lady brain because, despite reading yet again that the publicly funded hospital planned and approved by the government was going remain in the hands of an ‘independent trust’ operated by the Sisters of Charity, Kerslan needed it explained one more time.

“So the Sisters of Charity announce they’re transferring the land to themselves via an ‘independent’ trust that might as well be called ‘Force of Habit’ but the government is saying it’s fine?” added Kerslan, a feeble minded female.

The €300mn NMH which will now cost closer to €1bn when adjusted for Fine Gael/Fianna Fáil, remains a contentious issue for dull-of-brain women who can’t grasp why it’s actually pretty cool a Catholic Church trust will have a say in Irish maternity care.

“Apologies again I’m such a silly billy, but if I need to avail of an emergency abortion in a hospital run by a trust that is completely against abortions, will I be able to get healthcare?” queried pea-brained Kerslan, who as a woman could not fully process important topics normally reserved for men such as ‘women’s health’.

Despite the anger and worry displayed Kerslan and other citizens their concerns are expected to be put to bed and shown up for being a little hysterical when Minister for Health Stephen Donnelly brings a memo before cabinet in relation to the NMH which reads ‘it’ll be grand sure’.

“The trust is completely independent in much the same way women in Mother and Baby Homes independently gave away their children. And how do you know this is all above board and not dodgy at all?” offered a spokesnun.

“Well, would a religious order which never issued an apology for the abuse carried out in its industrial schools and Magdalene Laundries lie? You’re hardly saying this trust which was set up by offshore specialists caught up in the Panama Papers could be untrustworthy? Ok, so we still owe €3mn to an abuse redress scheme which we haven’t paid, but this time you can definitely trust us!”