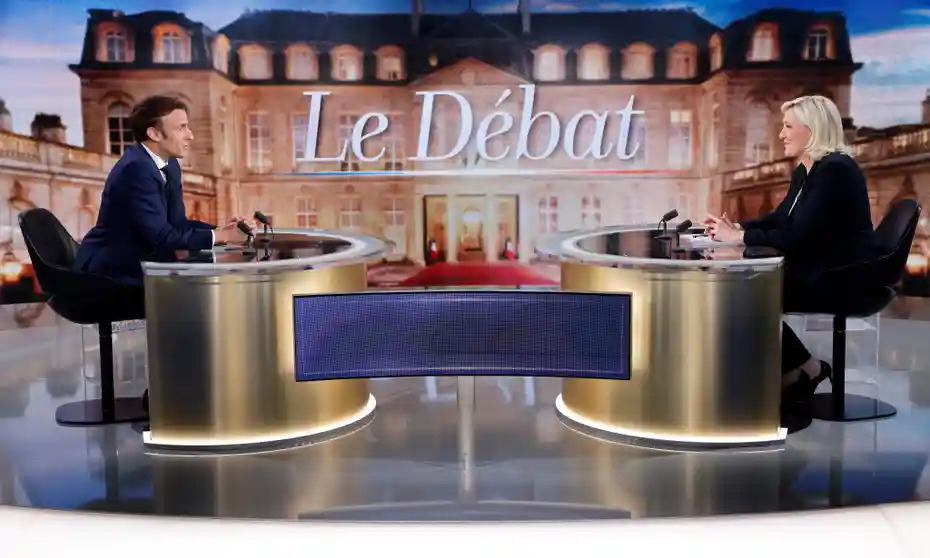 A TENSE and hotly contested tête-à-tête, France’s only televised debate between Emmanuel Macron and Marine Le Pen largely served as both candidates’ last chance to let voters know where they stand on big issues.

However, Le Pen receiving a loan from a Russian Bank which remains unpaid, being investigated for fraud and her nakedly xenophobic hostility towards Muslims and Macron’s handling of national debt aside, there was only one talking point French voters wanted to focus on.

“C’est vrai, current laws stating a Parisian cad can only have 5 concurrent mistresses at any one time is frankly anti-French, I want a candidate who understands our concerns,” said one voter dismissing cost of living issues.

“Sure I’d like cheaper train fares but I won’t be taking one to Bordeaux if I’m only allowed to have one mistress there. Conducting insouciant affairs is as French as protesting, in fact my wife met her 4th lover at a protest but we should be able claim related expenses for them,” shared one Marseille man.

“Leave the EU, leave NATO, ban head scarves, become Putin’s lapdog, whatever. Le Pen can do it all if it’s enshrined in law I can have more affairs than glasses of wine and it not being used against me in a divorce,” added another voter.

Elsewhere, many left-leaning voters are considering not turning out to vote given their indifference to Emmanuel Macron, something political experts confirmed couldn’t possibly blow up their faces.

Other sticking points between candidates included:

Wine tasting as a primary school subject.
Reducing the retirement age to 45.
Who is the more Islamopohobic.
Extraditing Thierry Henry to Ireland in exchange for Ireland ceasing to be a tax haven.