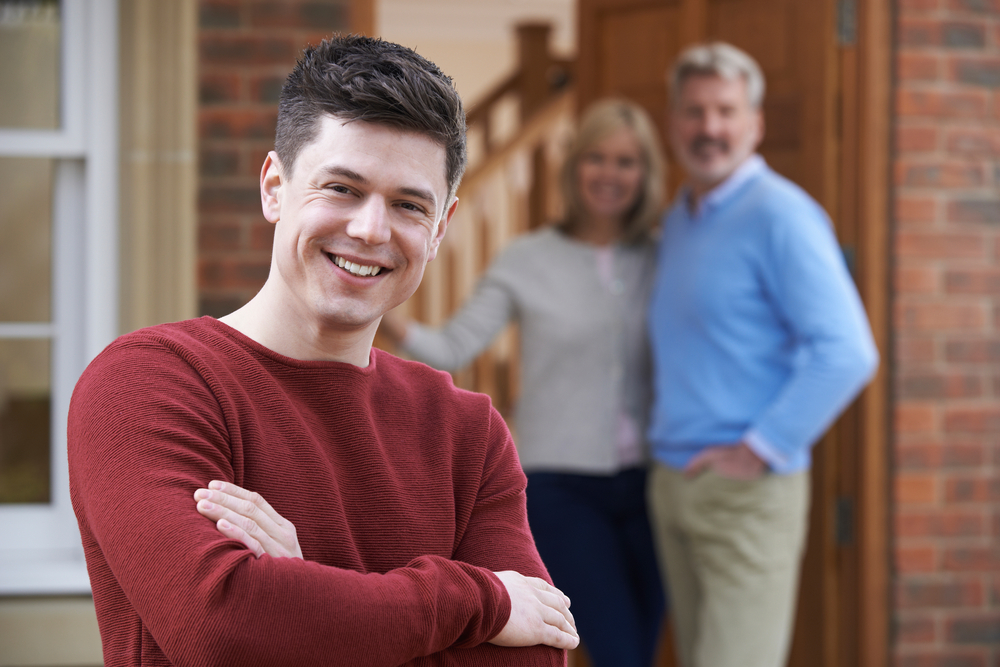 UNDER THE false impression that the family home is now his because all his brothers and sisters have moved out, Niall Cantwell casually began redecorating in his head despite both parents still being alive and well.

“If I knocked that wall out I’d have a nice open plan kitchen and living room with a huge sky light in the roof, conservatory too” the 26-year-old thought to himself as his mother Jan handed him his lunch on a pillow for his lap, warning him the plate is hot, “they must have what; five, maybe seven years left?” he continued, now shooing his mother out of the way so he could imagine his new arrangement.

The full-time stay-at-home son-of-two laid claim to the family home last Christmas, much to the utter contempt of his three siblings.

“I’m sure they’ll warm to it when Mam and Dad pass, like, I’m the one taking care of them now in their old age,” he said of his parents both 52, before shouting into his kitchen bound mother for salt, “Jesus, I’ll have to get a quare one in to feed me too, take care of the clothes and beds and all that house shite”.

Ignoring several previously heated arguments about ‘who gets the home when Mam and Dad are gone’, Cantwell remained oblivious to his sibling’s torment over his claim, excusing their beef as jealousy, pointing out they already have homes of their own.

“Sure, I’ve been living here rent free since I left school and haven’t worked a single day in my life, but those pricks just fucked off and left me here to be mollycoddled by Mam and Dad while they swanned about making their own lives for themselves, so who’s in the wrong here?” he posed.

A recent study found that 99% of youngest siblings believe the family home should be defaulted to them.

“It’s a bagsy mentality; the same hoors would find a lost wallet on the street and keep the money and throw away the cards,” the study concluded.