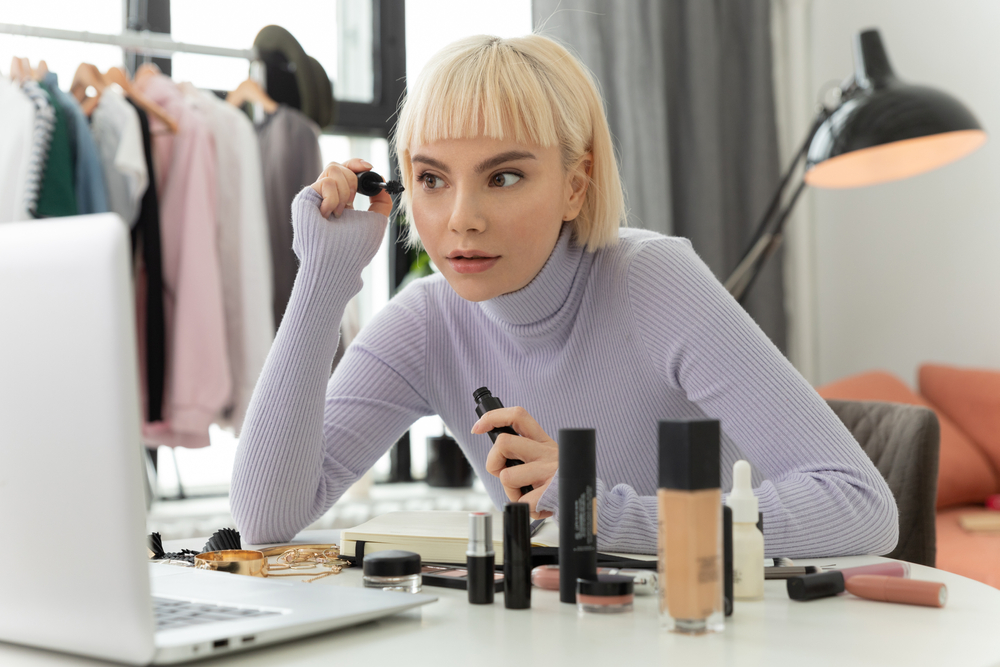 LOCAL BOYFRIEND Declan Hinnerty appreciates that his area of expertise isn’t make up tutorials on social media but he would like to raise his concerns for his girlfriend, Alex Staunton.

“Keilidh, Nikkie something, she does be following them all but… have you ever watched them documentaries on Scientology and mad cults like that?” Hinnerty ventured, trying to as diplomatic as possible.

“I just feel you can really appreciate the tips and that, but Alex is at the point where she’d full on dip her face in lava if a MUA said it was foundation,” a worried Hinnerty confessed, who added that Staunton’s dedication to following every steps sees her regularly lost in a fog of intense concentration like a spell has been cast over her.

After voice his concerns to his partner Staunton felt he was overreacting.

“That’s ridiculous,” Staunton offered, fresh from pouring a bucket of red paint over her head because a 13-year-old drag queen on Youtube said it’s the best way to make your contouring really pop.

“Alex, you do you. It’s not about what looks ‘good’ or not, it’s not for me to judge or anything but c’mon, you spent three hours in a forest with a big net to capture butterflies to pin to your face for that ‘festival ready fierce’ TikTok tutorial. I’m pretty sure the ones you glued to your face are a protected species,” offered Hinnerty.

Sadly Hinnerty’s words of caution went unheard by Staunton over the sound of her using a cheese grater to exfoliate her skin, as directed by a tutorial entitled ‘bad bitches moisturise’.