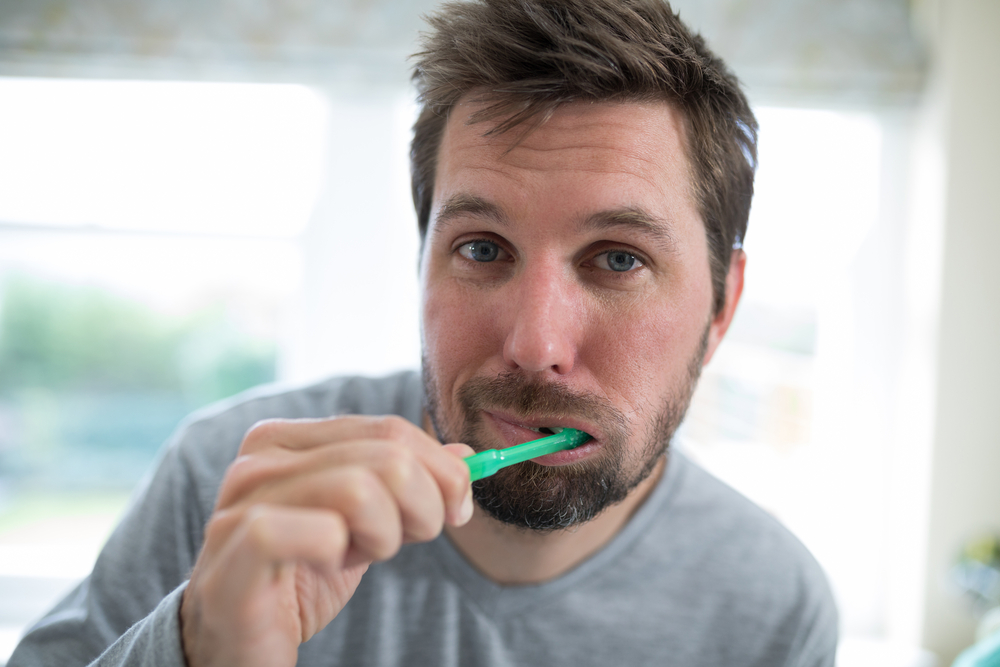 HOPEFUL that six long months of treating his mouth like a radioactive bin and treating it with the sort of neglect that should probably be a crime is easily reversible, local man Ciaran Faolin is now frantically brushing his teeth in the vain attempt to counteract the self-inflicted abuse.

Adding a second brush into the mix while spilling more blood than a frontline trench during World War II, Faolin continued the manic machine like arm movements prodding into his gob in a fruitless attempt to find a loophole in oral care.

“Surely she’ll be none the wiser, yes, my sugar consumption looks like the coke pile in Scarface but on the plus side I gave the teeth a quick go there before running out the door,” Faolin told himself, fearful of being read the riot act by his dentist and feeling like a child again.

Gargling mouthwash while Googling ‘how many teeth does a person even need anyway?’ Faolin began sweating at the thought of being stuck in the dentists chair with no escape from a flurry of “what did I tell you the last time you were in here?” admonishments.

“Fucking hell,” remarked Faolin as he passed what felt like chili coat barbed wire in between his teeth which was in fact dental floss.

Grinning at his image displayed on his phone’s camera, with his smile obscured by industrial quantities of blood, Faolin concluded “ah yeah, that should fool her” before setting foot in the dentist’s reception.