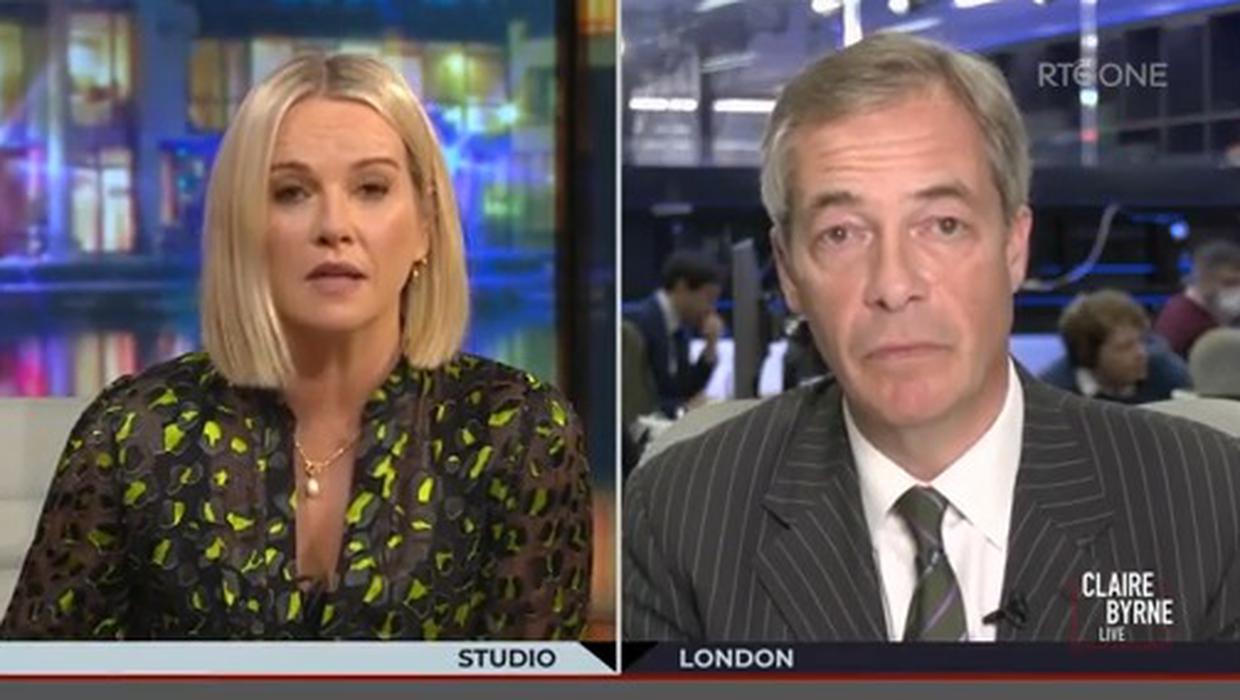 THE MEDIA sales department of national broadcaster RTÉ has been criticised for failing to charge Nigel Farage for the lucrative free advertising he was given on Claire Byrne Live last night.

“Look,” explained one member of the beleaguered accounts department, “I don’t have problem if we give an audience of hundreds of thousands over to a xenophobic con man and serial liar whose appearance is entirely without merit, but c’mon guys we’ve got to make sure to invoice him for it”.

Celebrating a clip of Farage being given ‘what for’ racking up 17 views on the RTÉ Player, RTÉ management popped some champagne before declaring “we really showed him” about a man who has proven himself shameless and impervious to dressing downs.

“G’wan Claire, give him hell” shared one viewer, the last remaining person in Ireland completely unaware that Nigel Farage is an odious cretin who was exposed for being a charlatan over a decade ago.

“How could that little prick be so out of touch with Ireland that he’d say ‘up the Ra’ like that? That’s something so offensive Irish people only say it every night out on the beer or if they’re a Sinn Féin candidate who’s just won a seat in the Dáil. Shame on him,” added another viewer, who is looking forward to next week’s show guest, the ghost of Idi Amin.

“It’s all well and good making a meme out of Nigel saying ‘for someone so opposed to left wing socialism he sure does get publicly owned a lot’, but RTÉ is publicly owned and I’m done paying for this shit,” said one angry licence fee payer who hasn’t paid their licence fee in over a decade.