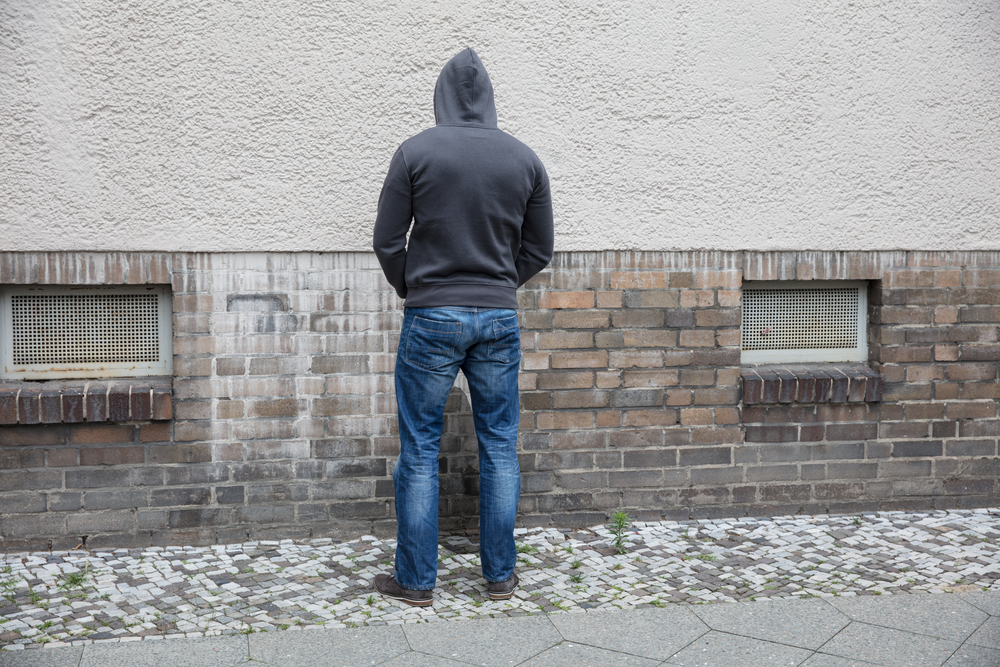 ART fans eager to make an investment that will yield year-on-year growth have caused ructions in a London auction house today, as a wall pissed on by the mysterious ‘Banksy’ went under the hammer.

Phone lines crashed and online bidding was suspended as the 6ft by 6ft section of wall, removed from the outside of a West End pub by consaw, eventually sold to a bidder in the room for just under £30mn sterling.

The piece will now go on display in a locked vault far from human eyes until such a time as its market value peaks, at which time it will be sold on to finance whatever is the most sought-after painting, sculpture or ‘movement’ of the future.

“I don’t know what Banksy was trying to say about society with this 2am slash, and I don’t care” stated the anonymous winner of the auction.

“All I know is that I’ve got a genuine Banksy, or at least what is believed to be a genuine Banksy. Even the suggestion that it might not be legitimate is enough to send its value soaring. Nobody’s checking anymore, they’re just buying up every scribble on a London wall and hoping for the best. It’s a guaranteed investment, which as you know is the best type of art”.

Meanwhile the city council has issued a blanket ban on all acts of graffiti in the wider London area with heavy fines for anyone caught, with the aim to leave walls free for Banksy to work on if he wants to.