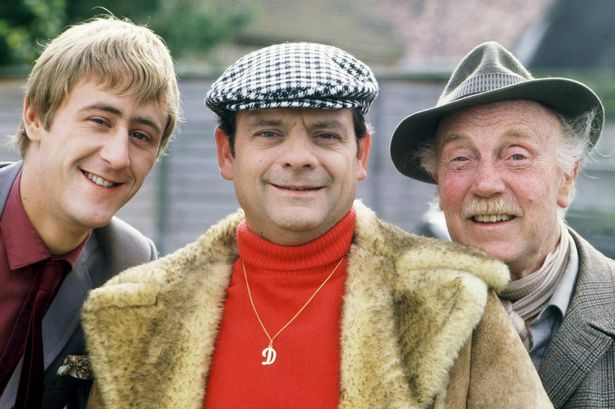 ONLY Fools & Horses has trended on Twitter following the death of actor John Challis, best known for his role as Boycie in the long-running series, prompting a new audience to seek out the beloved British sitcom. But with the last episode of the show airing almost 20 years ago, there’s a lot of young people that may have questions about Del, Rodney and the gang. Such as:

What was Only Fools & Horses?

What streaming service was it on?

So, it just aired all day and you binge watched it that way?

No, you didn’t binge watch it. You watched the episodes one at a time, once a week, with substantial breaks between seasons.

Okay, weird. So, 20 years, there must have been thousands of episodes.

Actually, only 64 episodes were made.

Wow, way to waste your IP. They could have really monetised their creation if they’d produced enough content (and ancillary material) to keep them at the top of the algorithm for all that time. But whatevs. So, what was it about?

Two working class brothers who try to get rich quick.

So crypto bros, right? Staying on that bitcoin grind. Sounds like my kind of show!

Not quite. They bought and sold goods at markets.

Alright! Depop merchants in the house. I’m on board.

Eh, sure, okay. Except they didn’t have the internet, they worked out of the back of a three-wheeled van.

That’s pretty shitty. Were they not considering their carbon footprint? I suppose three rubber wheels is a bit better than four. So, what else happened in the show? Did celebrity guests pop in for cameos all the time?

That wasn’t really the style of comedy shows back then. Instead of just relying on stunt tactics like big cameos or high-end HBO production values, Only Fools relied on good writing and solid comedy performances.

Sounds boring. So, who was this Boycie guy.

Boycie was one of Del Boy’s friends, who he hated.

And who was Del Boy?

Del Boy was the main character, played by David Jason.

How’d he get the name Del Boy? Did he not like iMacs?