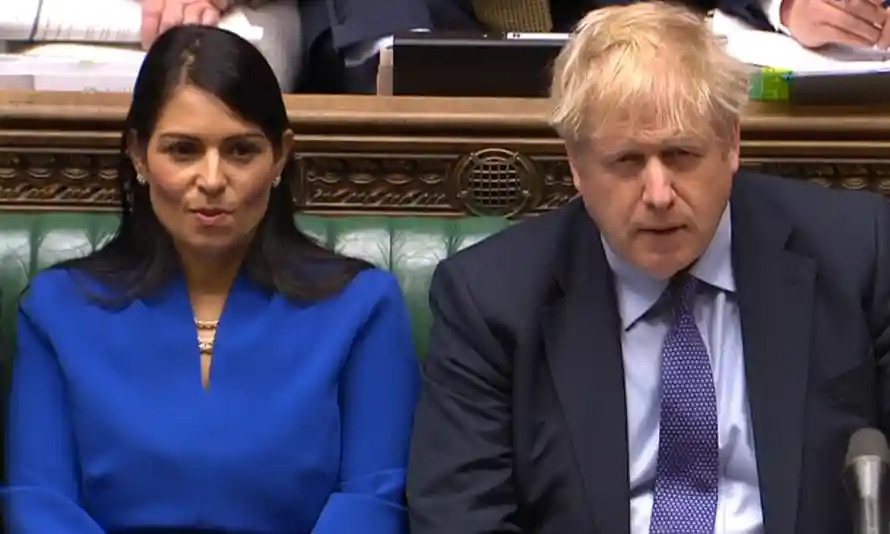 JUSTIFYING the British government’s previous dismissal of the vast majority of visa applications made by Afghans who worked alongside UK army personal, PM Boris Johnson and Home Secretary Priti Patel confirmed that once you get to know the Taliban they’re actually a ruddy good bunch of chaps and so there’s no need to take in any refugees.

“If anything we can send some back, don’t judge a tyrannical regime by its actions and instead just give these guys the benefit of the doubt,” Patel said, speaking during a Commons debate titled ‘how fucking embarrassing is it that our Foreign Secretary was on holidays in Crete during all this’.

“We’d urge any Afghans desperately trying to flee the country via official processes to just maybe, give this new regime a go. What are they fleeing anyway? These guys look like good fun. And if we gave you the impression that we respected and valued the sacrifices you made in the war alongside British personnel we can only apologise for the confusion,” added Johnson during robust exchanges of indifference and apathy across the chamber.

Patel and Johnson added that with shortages of food on shelves and restaurants forced to close due to supply change issues linked to Brexit that Britain was probably a worse bet in terms of countries to stay in.

“And if any of these refugees do manage to cross the channel, rest assured the Taliban can count of us to swiftly reunite these Afghans with their stable homeland,” concluded Patel.

Elsewhere, the Irish government remained committed to resettling 150 Afghan nationals but could not go one person higher as it is a tiny nation of 5 million people and simply had no spare room.