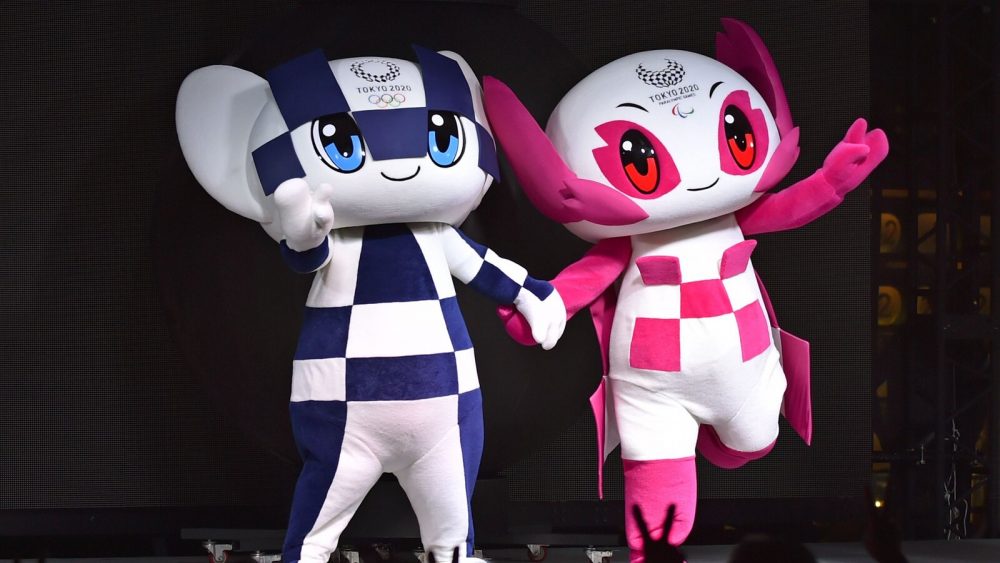 TOKYO OLYMPIC officials have been urged to speak to official Olympic and Paralympic mascots and tell them to ‘dial it back’ as the bristling sexual tension displayed by Miraitowa and Someity reaches boiling point.

“Yeah… those are definitely fucking,” remarked a distracted NBC commentator, lost in the flirtatious back forth of the two mascots when he should have been providing the audience at home with updates on the events taking place.

“This is like if the Pam and Tommy sex tape had just downed a bunch of oysters, stuck on some Al Green and lit the candles”.

The distraction caused by the lustful, giant-headed humanoid pair is not just isolated to commentators with many camera personal failing to capture key Olympic action as they focused on the mascots.

“Hey, we’re all professionals but at the end of the day, as a camera man I’m predisposed to follow the action, where the real electricity in the air is. So, what do you expect me to do? Keep the lens trained on a gymnast breaking a world record with a perfect 10, or slowly zooming on these freaks going at it?”

The IOC has apologised for charged, libidinous seduction Miraitowa and Someity have engaged in but admitted they too were intrigued to find out want the mascots junk looked like.

“Shut up, shush, I’d say they’re going to do it right… this… second,” barked one IOC official at a nearby athlete in competition, as the hairs on their arms stood up on end in perverted expectation.