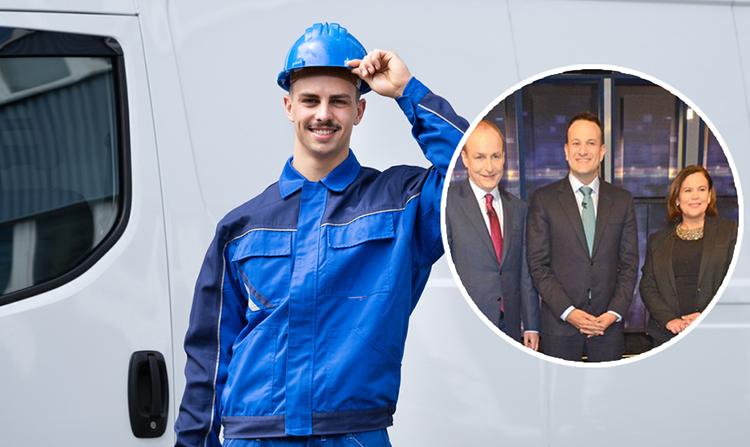 “OH THANK fuck, for a minute there I thought I was committing fraud or something,” relieved local conman Danny Lacken told WWN, after seeing reports in the news that Irish political party insist there’s nothing wrong with the fact they had, in recent years, presented themselves on the public’s doorstep, posing as a polling company using a fake ID or business card.

“Ha, I feel so stupid, I used to shit myself when I’d rock up at the door of an auld one’s house and say I was from An Post, or with Bord Gais. And all that panic was for nothing, apparently it’s perfectly legal to lie to someone’s face and extract personal information from them using fake documents,” added Lacken, fuming with himself for all the years of needless worrying.

Lacken is just one of many conmen operating throughout the country who wrongfully feared being arrested by gardaí up until yesterday, when it transpired all you needed to do was take a leaf out of Irish political parties’ book and admit to doing it and carrying on as if it’s all normal.

“Yeah I went down the station to tell the guards I used to print off fake IDs and pretend to be from a made up company offering a service,” confirmed conman Eddie Bowan, now speaking to us from the cell of his local garda station.

“The pricks fecked me in here in cuffs, I wasn’t even allowed go on radio and describe in detail how I did it all and explain ‘ah but sure everyone was at it’ like the politicians did,” added Bowan, who could do with the number of a solicitor if you had it.