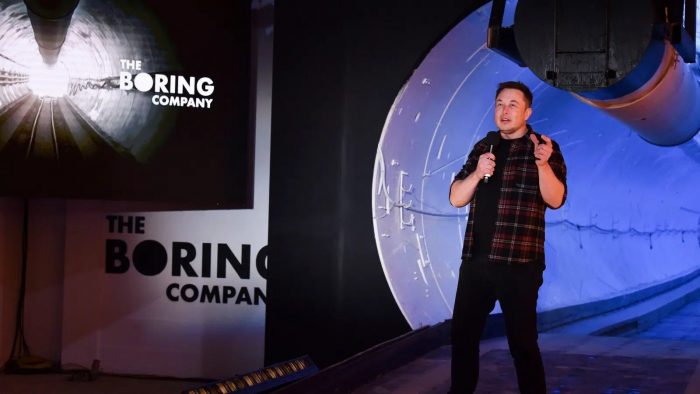 BILLIONAIRE businessman Elon Musk has unveiled a prototype tunnel in Los Angeles that he hopes will eradicate traffic congestion in major cities if adopted nationwide; but what exactly is the Boring Tunnel, and how soon will it replace normal, boring roads?

Here’s everything you need to know:

– At a length of 1.83km and a diameter of just over 3m, the test tunnel in LA is said to be modeled after Musk’s urethra, after the eccentric billionaire had a dream one night about ejaculating cars.

– The ethereal light show that takes places as you travel deep underground to your destination is modeled after a night light belonging to Musk’s infant child, *[email protected]

– So far, only Tesla cars will work on the tunnel. If you drive up to it in a 93 Toyota Starlet, a hole opens up under you and you are never seen again.

– When a tunnel expert offered free advice to Mr. Musk and the wider Boring Tunnel team, Musk called him a paedophile for no reason, then paid him millions of dollars in damages. “It’s just how he reacts to these things,” Musk’s partner Grimes explained.

– With no room for escape should an accident occur, the entire system relies on humans handing over responsibility for their health and safety to the computer systems that control the cars and the tunnel. “Just don’t watch any video on YouTube titled ‘SpaceX Fails’ or anything like that and you’ll be fine”, we were advised.

– Don’t worry if you don’t feel that the tunnel is safe enough to drive in; you’re almost certainly too poor to ever drive in it.