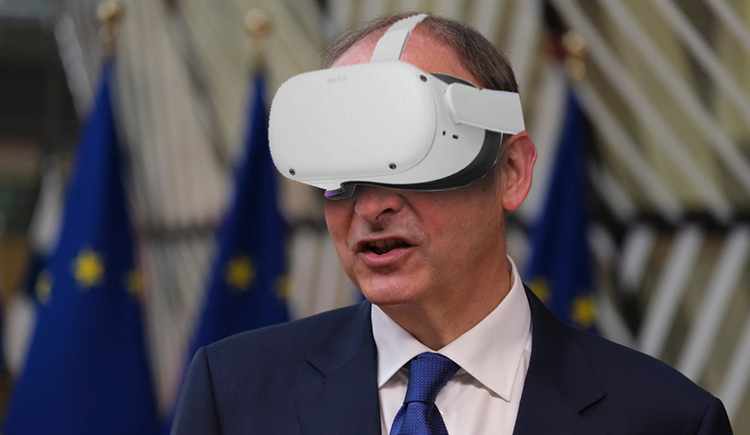 “ONCE I put this thing on, I don’t want to hear from anyone until Friday, OK? As far as you’re concerned, I’m in Washington” said Taoiseach Micheál Martin today, as he lowered his virtual reality Oculus headset over his eyes and got ready for his 3-day ‘virtual trip’ to Washington DC for St. Patrick’s Day.

The Taoiseach, bitterly disappointed that he will miss out on actually going to the States to meet President Joe Biden due to that stupid Covid thing that’s nearly over anyway, is said to be making absolutely certain that his virtual trip is as realistic as possible, with aides instructed to:

The three-day session is to be powered almost entirely by Eamon Ryan cycling with a dynamo on, after the Green Party leader asked ‘what’s my part in all this’.