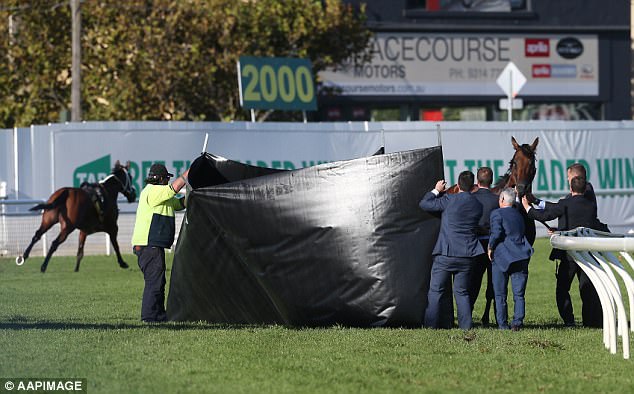 A STAGGERING 43,580 horse racing jockeys were put to sleep last year a damning CSO report has found on the eve on the Cheltenham festival, highlighting the unforgiving and competitive nature of the industry.

Jockeys as young as 16 were humanely euthanised over their failure to win races, with calls for the breeding of jockeys to be curbed over the spiraling number of deaths.

“A lot of the jockeys who were put down had been injured and nothing could be done for them, but the large majority were just not pushing the horses fast enough, which is fair enough,” the report read.

Bred for their short size and light weight, jockeys can last up to 30 and even 40 years old before being sent out to stud, however younger less successful riders are usually sent for slaughter and their meat sold to factories abroad.

“Jockey meat is a delicacy in some countries, so they don’t totally go to waste,” local jockey breeder Tony Holden explains, before defending the mass killing of tens of thousands of riders every year. “Once they break a limb, they’re rendered useless as it can take up to 8 weeks for them to heal. By that stage, the cost to tend to their injuries and feed them isn’t financially feasible so we have no other option but to put a bolt gun to the back of their ear and pull the trigger”.

Human rights group Amnesty International has called on the horse racing industry to address the blatant murders but admitted it did understand the financial side of the industry.

“It just seems like a lot of unnecessary death and we would suggest some kind of rehabilitation program for injured jockeys, or for jockey rescue charities to intervene,” Amnesty International concluded.