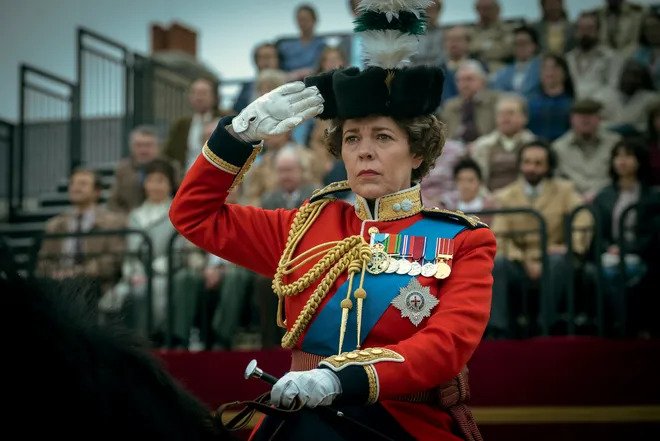 ACCUSED of all manner of sins ranging from airbrushing history to inserting salacious fiction into Royal relationships, season 4 of The Crown has proven as controversial as it is popular.

WWN run the rule over what particularly controversial incidents from history were left out of series 4 which features depictions of Princess Diana and Margaret Thatcher.

1) Season 4 introduces us to Diana and is unflinching in its portrayal of her bulimia, however, writers dropped the ball when completely omitting the fact that from the mid 80s Elton John would follow her around on a mobile piano mounted onto the front of a modified golf cart, constantly singing ballads at her. Attempts to file a restraining order proved unsuccessful.

3) Failing to present Margaret Thatcher in her true form is a big fail on the producer’s part. The hollow harridan appears in season 4 with pearls and pantsuits, which keen eyed viewers who were alive in the 70s and 80s will know is far from accurate.

Perhaps The Crown makers thought Thatcher’s true form would be too disturbing for the more innocent and delicate eyes of today’s audience so gone are the long claws, the green gaseous breath which proved toxic to the working class. No coal miner in a canary’s cage draped atop her shoulder and gone is the jar of children’s tears she kept on her person on all times.

4) The famous Royal family dinner at Balmoral Castle in 1989 during which the Queen famously said “wait, Prince Andrew is a massive nonce, isn’t he? We should probably do something about that, shouldn’t we? Ah, nevermind that probably won’t come back to haunt us, no harm” was completely absent from season 4.

5) Prince Charles’ affair with Camila Cabello is nowhere to be seen.

6) Charles and Diana’s honeymoon in Buttevant, Cork was written out of season 4 and replaced with a cruise of the Med.

7) The Queen’s ayahuasca retreat with Bishop Desmond Tutu, Noel Edmonds, George Michael and Ulrika Jonsson in the Navajo desert is included, but the Queen didn’t, in between vomiting, kill one of her servants by skinning him alive and then wear his skin as a coat while screaming ‘FANNY POWER!’. The exact quote was ‘demonic fanny power’. Poor fact checking.

8) A huge and glaring omission is the absence of even one lone sane person breaking the austere mannered scenes of posh cunts dressed up all fancy by shouting “seriously just stop and think for a second how fucking stupid this all is; the monarchy, poshy horsey riders oh we’re better than you, this hierarchical structure ‘divined’ by God? Am I going mad or am I the only one to see this bullshit for what it is?” shortly before being carted off to an institution.