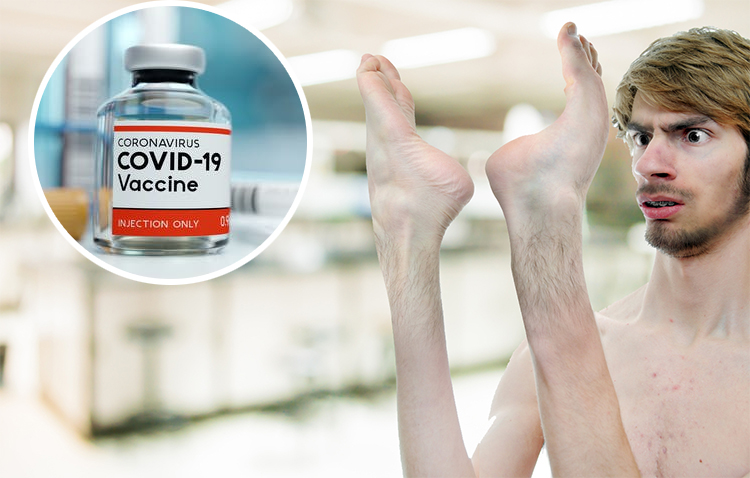 TRIAL patients who were administered the new Pfizer Covid-19 trial vaccine have today given it the toes up and urged people not to worry over any potential side effects that could arise from any hastily rushed to market injection.

“People have absolutely nothing to fear, it’s safe as Irish house prices,” trial patient and Irish man Donal Walsh told WWN, suddenly falling asleep for ten seconds before waking up again and asking. “Who are you? Is this Heavan? Where did I put my shoes for my hands?”

The vaccine, which was hailed as a miracle was created, trialed and tested in less than 10 months, is expected to be rolled out to the most vulnerable of people first – the elderly – before the manufacturer is happy enough to go full polio on the human race.

“It’s easier to pin any potential ailments on old age, so best we get do a test run on pensioners. I’m just glad we got there before China and the Russians,” a spokesperson for Pfizer stated, “we’re going to make billions of dollars… I mean lives! We’re going to save lives with this vaccine and it will definitely not have any side effects whatsoever”.

Despite reports that both the Chinese Sinovac and the Russian Sputnik vaccine reporting some potential side effects and a questionable success rate, despite being similarly heralded, Pfizer reassured people that their version is far better.

“Hey, look guys, we’re Big Pharma and Big Pharma has definitely got your best interests at heart,” the spokesman concluded, before spontaneously sprouting out a set of feathered wings and flying away.