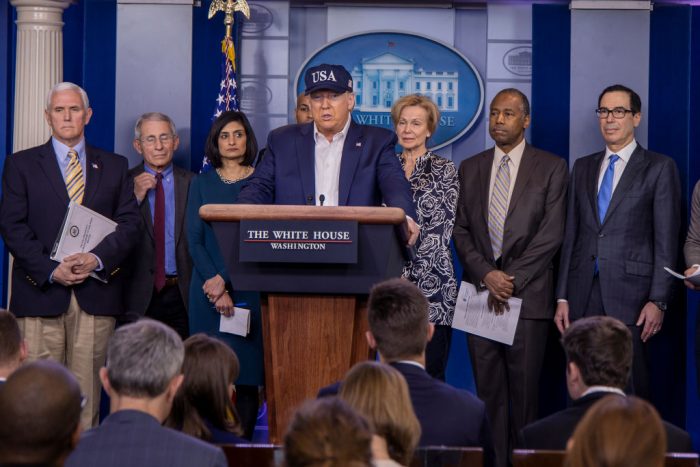 FOLLOWING condemnation from international leaders over Russia’s apparent poisoning of Putin critic Alexei Navalny with novichok, political experts fully expect US president Donald Trump to endorse the nerve agent as a Covid-19 cure for US citizens by the end of the day.

“Chancellor Merkel said ‘this is a despicable and cowardly act – once again. Perpetrators need to be brought to justice’, PM Johnson is demanding answers from Russia so brace yourself for Trump to encourage his citizens to pour novichok on their cereal or some shit,” a frankly tired looking political commentator offered.

“It’s either that or Putin rings Donald up and tells him it’s great for stopping mini-strokes,” added the commentator.

“They call it ‘Novel-chuck‘, No-vell-chick everybody’s talking about it. It does things to the immune system you wouldn’t believe, what have you got to lose folks,” Trump said in the not-to-distant future.

Anticipating an inexplicable but predictable ringing endorsement for a deadly nerve agent by Trump, the CDC are letting all calls from the Oval Office go to voicemail today and launching a’Oh dear God, please don’t use novichok’ awareness campaign.

“We’ve barely an ad budget left since we splurged it all on the ‘Jesus Christ, don’t drink fucking bleach’ and ‘don’t put a fork directly into the plug socket’ stuff,” confirmed one health official.

Putin, in response to criticism from everyone but Trump for just the latest in a long line of assassinations, wondered ‘what are you pussies going to do about it?’ However, the leader-for-life did not respond to criticisms that yet another novichok poisoning is unoriginal, lazy and lacks any passion or creativity.