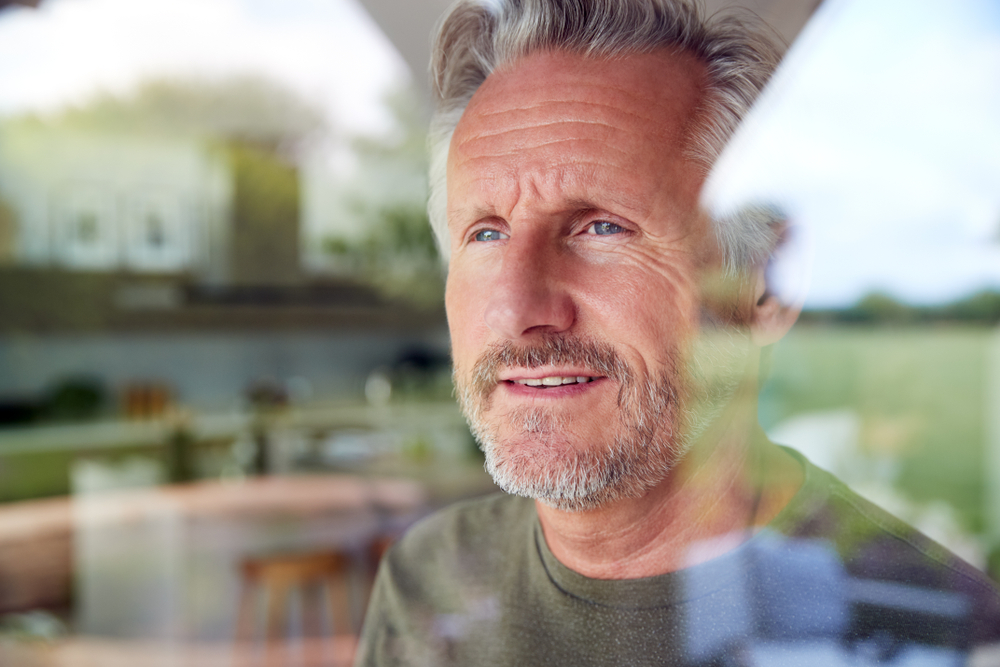 CHUFFED beyond his wildest dreams, father of five John Regis stared longingly out his front window at his freshly cut lawn, admiring his precise linear cuts, liking it to any professional.

“I went a bit off towards the end, but the rest of those grass furrows are to die for,” he whispered to himself, slurping a nice mug of sugary tea, “t’ah, you can’t beat a good cuppa after 12 minutes hard labour – this must be what Wimbleton court attendants feel like after a cut”.

Hoping some family member entered the front room to see his intense gaze, Regis relished in his simple achievement, before spotting fellow resident and neighbour, Mark Shields, walking down the street.

“Watch now; he’ll pretend not to see it out of spite,” Regis told himself, trying to use some form of telepathy to force his neighbour to look, “surely the blind bastard smells the fresh grass,” before speculating some more, “he’s probably afraid to look in case it reminds him to cut his own grass – yeah that’s it – the lazy prick”.

“Ah, you weedy bollocks,” he shouted, realising the sitting room window was ajar and catching eyes with Shields.

“Oh! Hi Mark!” he said, red in the face, “no, no, not you – the weed I was shouting at ha-ha. Yeah, no, I just realised I missed a bit, sorry, yeah, see you at the residents meeting, Wednesday”.

Filled with shame at now being the talk of the estate, the humble 49-year-old grass cutter recoiled from his front window where once he stood proud, defeated once again by sporadic flowered weeds, never to quite feel the same.

“Fucking weed wanker! I’ll tarmac the lot!” he concluded, before sulking for the remainder of the day.