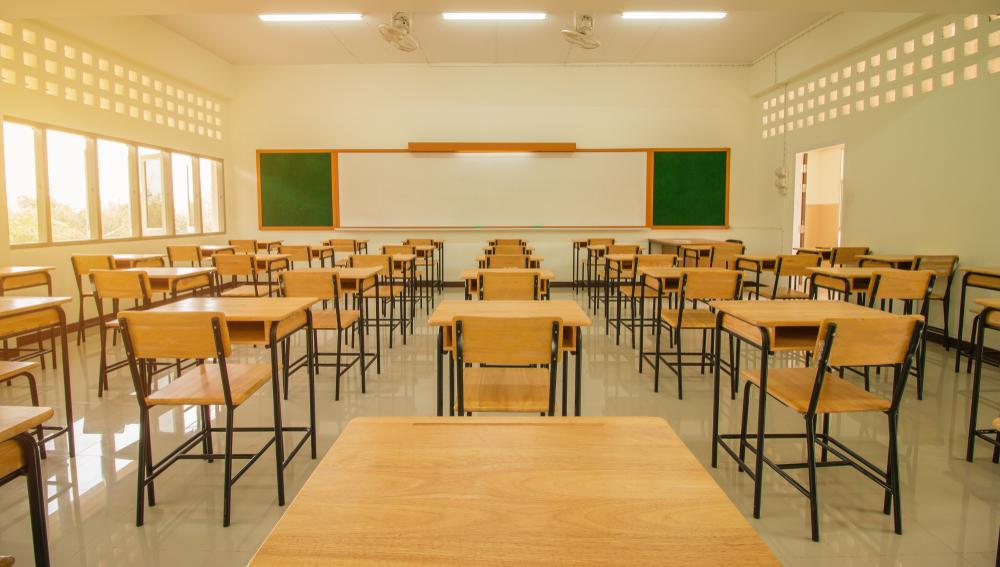 SCHOOLYARD bullies are among the groups most likely to be affected by new Covid rules from the Department Of Education, with a ban on wedgies and Chinese burns performed without gloves, a full cessation on headlocks and diddy twists, and a strict one dead-arm per child per day law, WWN can confirm.

“It says here that pile-ons are to be limited to three lads on top of one kid, which is madness. Sure he could wriggle out!” sighed little Waterford prick Arlo Wilson, who hasn’t had a chance to threaten his 3rd Class schoolmates in four months.

“They can make these rules all they want, but the very best of luck to them enforcing them, that’s all I say”.

Although rules such as a 1 metre social distancing between kids have been described as ‘no problem’ due to the well-documented co-operative nature of children, several more rules are set to cause hassle for school staff when the new term starts in September, such as:

– Kids smoking behind the shelter will no longer be allowed to share butts
– Teachers having affairs with each other will have to do so off school grounds
– Teachers on yard patrol will have to actually monitor the kids instead of just drinking coffee and checking their phones
– That one kid who just sits and sorts his Pokemon cards on his own is probably fine
– Tag is to be renamed ‘Don’t tag’
– Pointing out one kid and telling everyone he has Covid-19 is allowed if it means that child is then isolated from the playground
– Kissing the teacher’s hole is fine, as long as it’s metaphorical.

Meanwhile, dilapidated old prefabs are to remain in schools as makeshift fever wards for potentially infected kids, and as regular classrooms as well in the case of schools in a constituency without FF/FG representation.