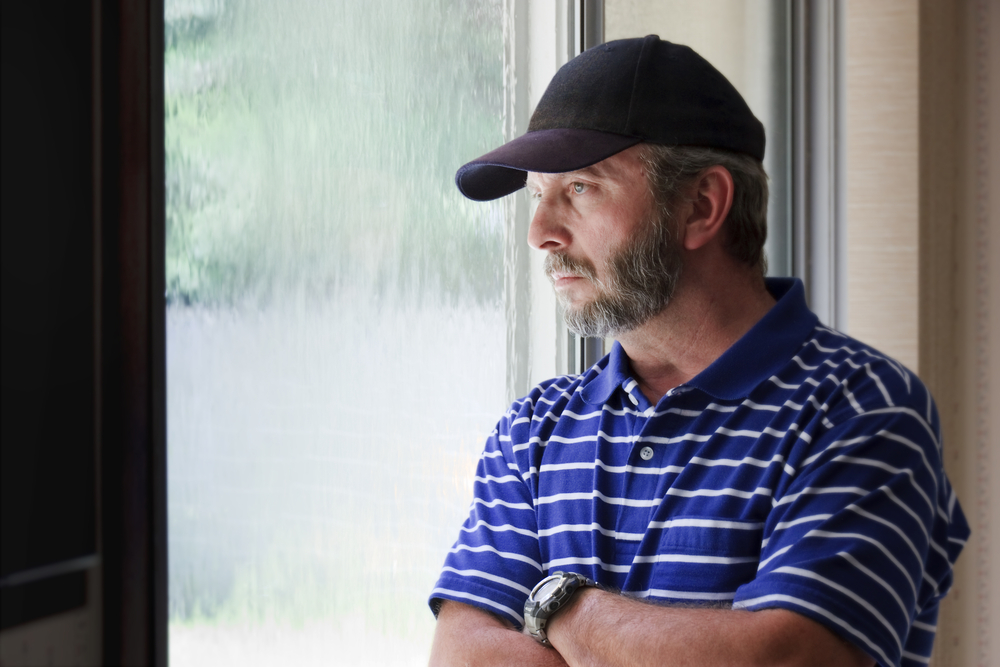 MUTTERING under his breath while remaining engaged in an unbroken 18-minute long stare, local dad Paudie Hanlon has identified a car idling on the road outside his house and something just doesn’t feel right, WWN can reveal.

With his intense gaze affixed to the outer metal shell of a 2014-D VW Golf which has at least one occupant, Hanlon smells something fishy and isn’t shy about declaring this out loud to the rest of his family, who couldn’t care less.

“And you laughed at me Margaret when I said we should have got your brother to bring us guns back from America,” scoffed a vindicated Hanlon to his wife Margaret, who couldn’t hear him because she was actively ignoring him.

Running the full gambit of possibilities; drug dealers, Russian hitmen, Russian drug dealing hitmen or a dose who can’t drive without the GPS guiding them everywhere. Just who was in that car and what level of life threat did they pose continued to consume Hanlon.

Suggestions that it could be the Ferron’s youngest next door’s boyfriend where rubbished as the exact sort of covert chicanery KGB agents would indulge in, Hanlon tensed his body up entering into his 19th minute of staring, preparing his body for the worst.

“A Dublin reg, around here? That’s it, I’m giving it another 37 minutes and if the car hasn’t moved, I’ll tell them to clear off,” Hanlon concluded, praying to God the car fecked off so he wouldn’t have back up his threats.