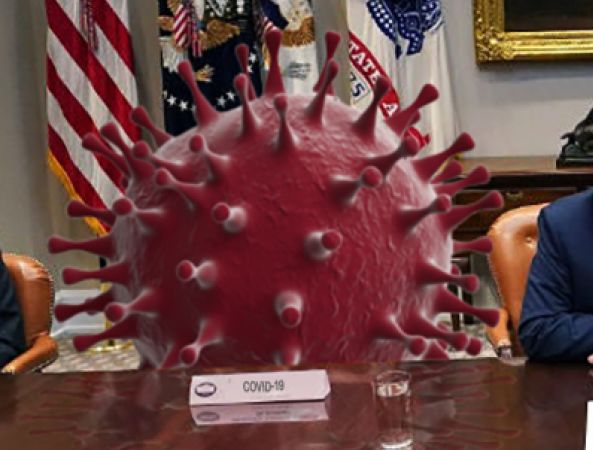 “I JUST feel like I let the entire Coronavirus name down” sighs a jaded, beaten-down Covid-19 virus as it gazed over the shimmering water of a lake beside the small, ruined shack it retreated to after its humiliating defeat by the World Health Organisation.

“I had a shot to really stick it to humanity, really fuck them up and I’ll be honest, I thought I had them on the ropes there for a while. Instead… instead they showed me that when it comes to their health and the wellbeing of the weaker members in their society, there’s nothing they won’t do to eradicate me and my kind”.

Covid-19, the brash young contender to the title of ‘deadliest respiratory illness of all time’, gained notoriety in the early parts of 2020 after sweeping the globe with a number of high-profile titles such as ‘Most Disruptive To The Economy’ and ‘Most Inconvenient Illness’.

However, the disease was eventually beaten into retreat by a month of global panic followed by two months of global annoyance, before finally being eradicated by a knock-out blow of being ignored.

“They Freddy Kruger’ed me. Just decided they weren’t afraid of me any more and away I went” mused Covid-19, weakly.

“I thought I had a good foothold in the USA and Brazil, where my numbers just kept going up and up, but instead they were beating me into submission the whole time. How is this possible, I thought. How can the number of infections be going up on a daily basis, and at the same the humans be saying ‘we’re beating Covid-19’? But that’s how it was. Lockdowns were eased. Bars opened. Crowds gathered. Sport returned. Travel bans were lifted. Life went back to normal. And all that was left for me to do, was retreat back here with my enzymes between my proteins”.

The humiliating defeat of Covid-19 should serve as a warning to any other would-be pandemic that threatens humanity; make your first shot count, or else we will fucking defeat you or at least forget about you when something new comes on the news.