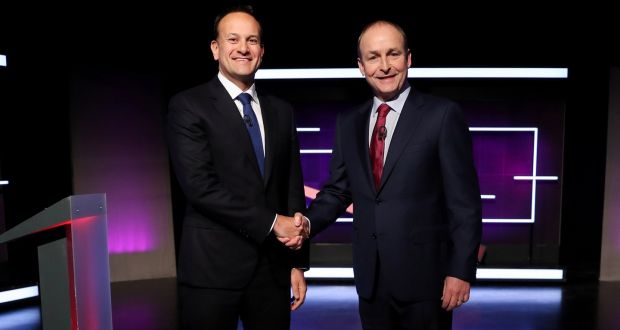 THE UNPRECEDENTED reality of the old rival civil war parties of Fine Gael and Fianna Fáil coming together in coalition with the Green Party has led to a sceptical Irish public giving it a week before it all kicks off and resembles a 4am fight in the queue for a kebab in Temple Bar.

Relationship experts have weighed in and agree with the public on the fragile union between the two parties being unable to stand the test of time as the parties are predicted to enter the ‘big overblown TV soap opera arguments’ stage in no time at all.

“Communication is key,” explains relationship guru Michelle Kline. “Sure, they could be getting on like on a house on fire with the easy stuff like selling off public lands to private developers to build extortionately priced ‘affordable’ housing, but what happens when someone makes someone tea wrong or switches the TV channel without asking?”

While a cursory glance at current TDs from both parties means any physical altercations will rank among the most pathetic ever witnessed, and pale in comparison to the bloody carnage of the Irish civil war, most members of the public are still excited at the prospect of it all ‘kicking off’.

“Martin’s pushing on in age but he’s wiry enough and could probably give as good as he gets in a scuffle if it went to the ground, but he’s no match for Varadkar’s trash talking,” one man suggested.

If Kline’s predictions prove correct, passive aggressive comments will give way to accusations of ‘you were giving them the eye!’ from Fine Gael if they catch Fianna Fáil looking at Sinn Féin across the Dáil, culminating in the coalition partners having a full blown domestic in the middle of Grafton St, before being uploaded to YouTube.