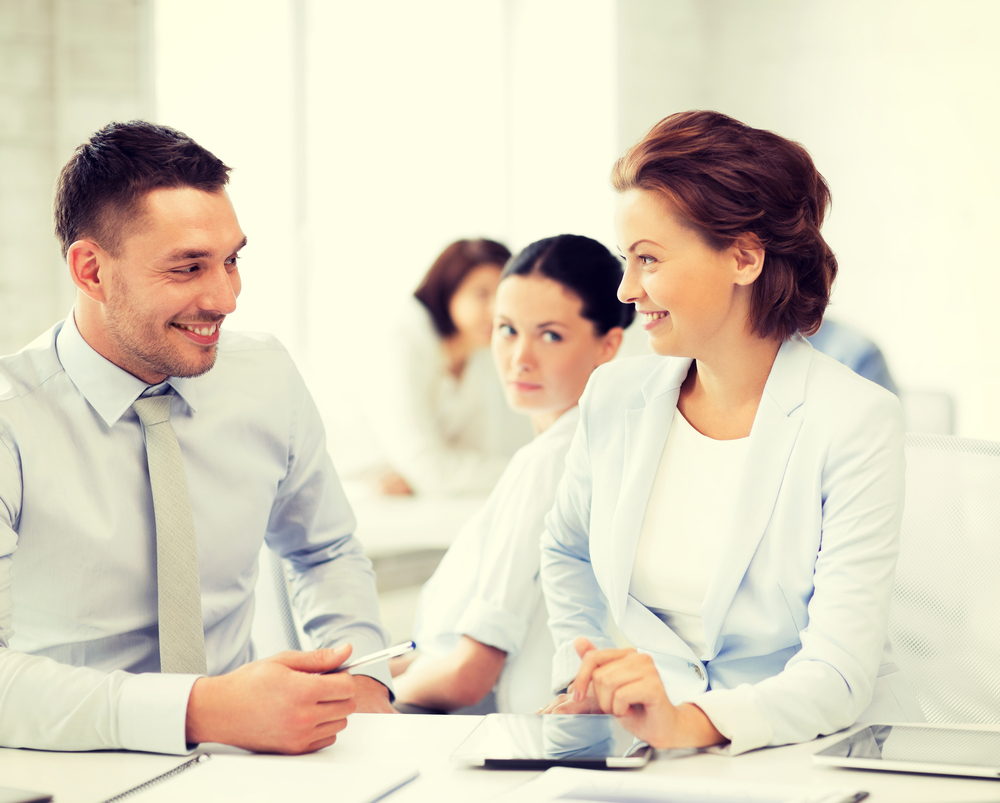 WITH no laws currently in place to make it compulsory for people who work together to declare their ‘office romances’, it is as tricky as ever for people to tell which of their co-workers are doing it with each other.

As such, WWN have compiled a list of things to watch out for, so that you can tell without doubt that Ian in tech support is totally giving it to Siobhan in accounts. Their business may not be your business, but that doesn’t mean you don’t have a right to know!

They spend a lot of time together

Over the course of a working day, people interact with each other, but have you noticed two of your co-workers spending a little bit more time with each other than they do with anyone else? With you, for example? Like, how long does it take to go through projections for the third quarter of 2020? There’s something going on there; something sex-related, we’ll bet.

They’re both good at their work

Have one or both of the suspected parties recently received a promotion, raise, or performance-related bonus? Then that’s another red-flag when it comes to bedroom shenanigans. You can probably even trace the partners in the office based off the skills of one of them; if someone in accounts just received plaudits for their efforts, you can rest assured they’re banging someone up the chain. That guy in sales just got a promotion? Yeah, for his skills on his knees in front of that new woman in HR, we’re sure!

Look, in situations where you suspect that two co-workers are at it, you’re probably right. You don’t need facts, or proof, or evidence, and you certainly don’t need their permission to gossip about it around the office. People have a right to know your theories about which of the staff may or may not have found companionship and passion with each other, and whether you’re right or wrong, who cares? Gossip is victimless, everyone knows that.