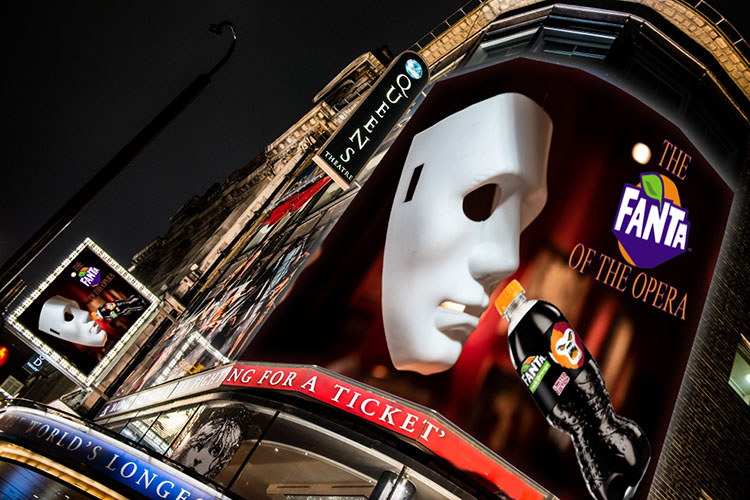 FANS HAVE BEEN queuing up outside New York’s Broadway and London’s West End areas as the fizzy drink/Andrew Loyld Webber crossover extravaganza no one knew they wanted premiers just in time for Halloween.

“Brand synergy and songs bursting with juicy orange flavour? Who do I have to bribe to get a ticket,” exclaimed one excited musical fan, flashing the cash at ticket touts for Fanta Of The Opera with tickets going for as much as $1,000 each.

Early previews suggest the musical, which just replaces the titular Phantom with a great big bottle of Fanta’s seasonal Dark Orange drink, “defecates all over that boring as sin Hamilton” and makes The Book Of Mormon look like it was penned by illiterate monkeys as they sped down an escalator hurtling along in a trolley with one dodgy wheel.

“This will be my crowning achievement, the pinnacle of my genius,” Webber told WWN, of the lengthy writing process which saw him put ‘Fanta’ in place of every ‘Phantom’ in the script and watch the money role in.

Webber didn’t touch a word of All I Ask For because that heart-wrenching and moving duet is flawless. Gerard Butler, who starred as the Phantom in the movie version of the musical, had no intention of playing a large bottle of Fanta which dwells underneath the Paris Opera until he saw the size of the paycheck.

Fanta Of The Opera plays in the Gershwin Theatre in New York and the Lyceum in London until the 31st of October.