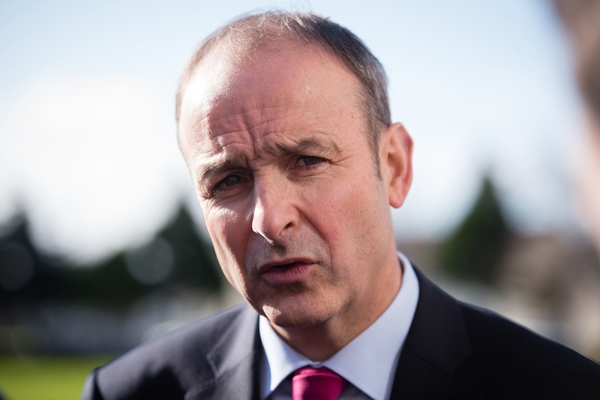 FIANNA FAIL leader Michael Martin has urged party members to ‘wait until they’re in power before acting the bollocks’ following revelations that some TDs were illegally voting on behalf of their absent colleagues.

Mr Martin asked Timmy Dooley and Niall Collins to step down from their frontbench positions yesterday afternoon after Collins admitted to voting on behalf of Dooley six times in the Dáil last Thursday, reminding the pair that the party isn’t in power yet and to cop on to themselves for another little bit.

“There will be plenty of time for that carry on when we win the next general election,” Martin explained while chastising the TDs, “you’ve also broken the number one rule of Fianna Fail; don’t get caught.

“Now I have to pretend we’re sorry and put you pair of eejits in the background for a few days until the goldfish forget about it”.

Also voting for an absent colleague, Fianna Fáil’s Brexit spokesperson Lisa Chambers will not face a similar penance as she had found a half decent excuse, claiming she sat in the wrong seat in the Dáil chamber.

“Take a leaf out of Lisa’s book, lads,” Martin went on, “at least come up with a viable excuse if you’re going to Fianna Fail properly”.

Despite breaking the law several times, all offending TDs are expected to keep their positions in Leinster House, face little or no criminal investigation and receive a 2pc nice pay rise next year.

“Look, it won’t be long until it’s our turn again to mismanage the country, just be good for another few months, you whelps!” Martin concluded.