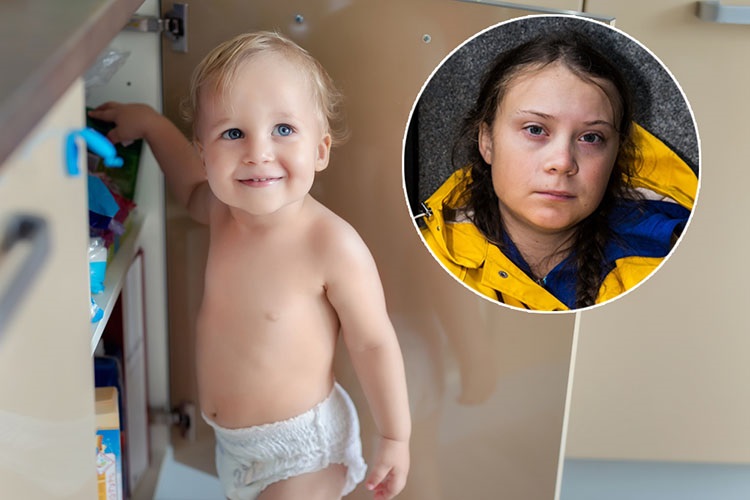 SWEDISH environmental activist Greta Thunberg has been branded a ‘hypocrite’ by critics around the world after a photograph of her wearing a disposable diaper surfaced online today.

The 16-year-old has not yet confirmed or denied if the picture of the young baby is actually her, which clearly shows a blonde haired, blue eyed baby wearing a disposable nappy, and if climate activists are to be taken seriously, will take up to 500 years to decompose.

“She wore a disposable nappy, what next? It would be foolish to presume she hasn’t been whale hunting in Japan or that she doesn’t own several Boeing 747s,” said an ecstatic middle aged man who couldn’t wait to lambast the ‘self righteous little shit’.

Sources close to Thunberg, who was 14-months-old at the time the picture was taken, said she soiled herself countless times over a period of 18-24 months, despite knowing the damaging carbon footprint she was creating, and the damage disposable nappies do to the environment.

“We’re all absolutely disgusted by her behaviour and she should stand down from her ridiculous campaign immediately,” smiling executives from BP, Shell and other leading oil companies said at a hastily assembled press conference earlier today.

The growing Climate Action movement is set to be dismantled and abandoned as a result of the revelations, with everyone going back to using plastic straws and dumping old washing machines in fields by this time tomorrow.