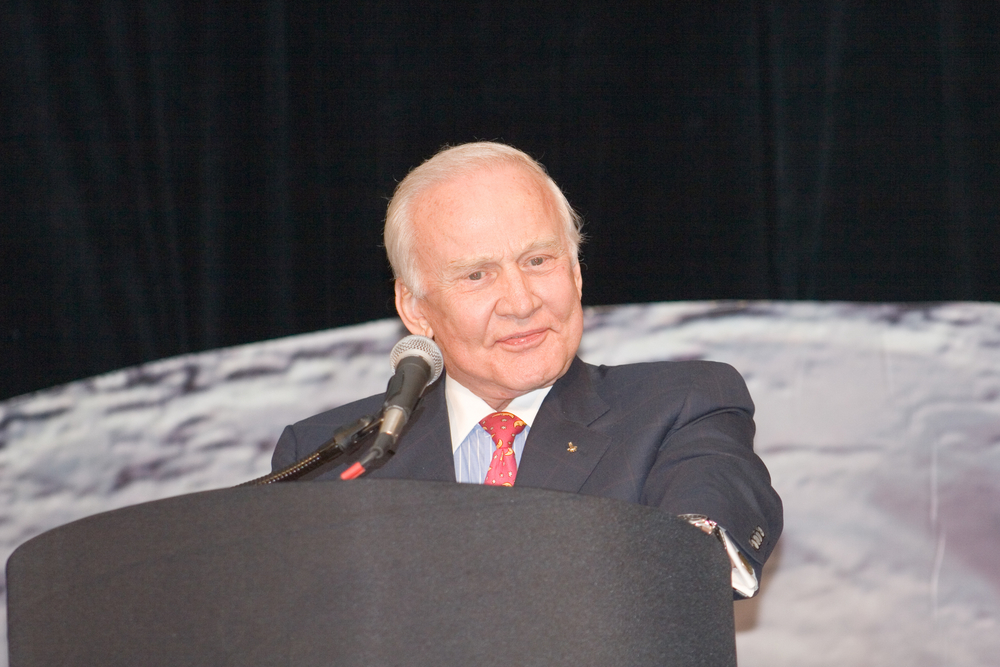 THE mystery surrounding a curious, gel-like substance on the surface of the moon has been solved, after veteran astronaut Buzz Aldrin came forward to admit that ‘hey, the moon is a boring place and sometimes you gotta do what you gotta do’.

Chinese astronomers had been baffled by the substance, found on the dark side of the moon by the lunar rover Yutu-2, which is currently dicking around on the moon for no good reason.

Fears of some sort of extraterrestrial being not unlike the one that killed Tasha Yar on Vagra II in the Star Trek episode ‘Skin Of Evil’ were put to rest, after the second man to walk on the moon admitted that he was the first man to wank on the moon.

“That low gravity, it’ll getcha riled up,” stated Aldrin, laughing as he recalled ‘blast off’.

“As for how it’s still up there, thousands of miles from where we touched down… well, that’s space for you. You fire off up there, it just goes and goes for miles. Fair play to the Chinese lads for finding it though, if they could do me a favour and just rub it into the ground, cheers lads, big appreciation”.

Aldrin avoided questions about where Neil Armstrong was while he was making ‘one giant spurt for mankind’.