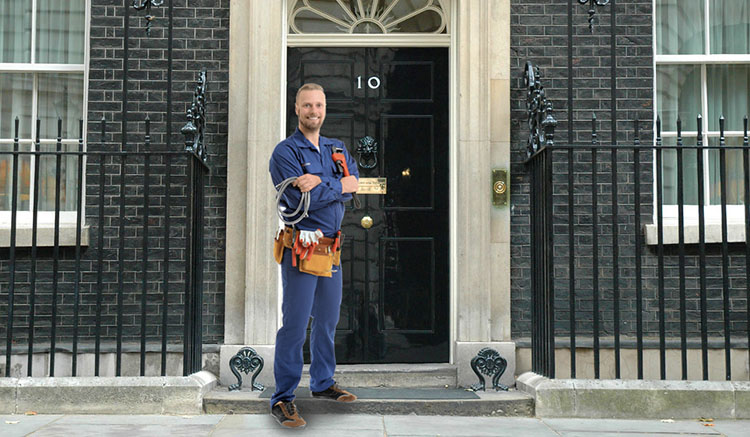 ARRIVING at number ten carrying only a toolbox and a Wavin pipe, London plumber Mark Willington was ushered in by officials at the prime minister’s residence early this morning, unaware he was now the country’s last only hope.

“That whole country will have to come out of it, it’s a big job now,” Willington broke the news, nodding in disbelief at the absolute state of the backstop, wondering why it was left like this for so long, “I suspect it’s clogged up with a massive steaming pile of DUP, which has been allowed to build up over time and impossible to dislodge – that shit sticks like glue”.

Stopping briefly for a cup of tea, the plumber began estimating the cost of the fix, giving a few alternatives to the bewildered British PM.

“You could leave it blocked for the next tenant to fix, but if it’s left too long you might find some IRA festering down there and it could eventually lead to a burst pipe and costing you billions, you know how that stuff reacts with the DUP,” he advised, “personally, I’d dissolve the DUP and let the backstop open until all the water is run off so everyone can have a little drink from both taps.

“Also, this is a soft water area, not hard,” the plumber concluded, handing Johnson an invoice of £40bn and making an empty promise to come back next week.